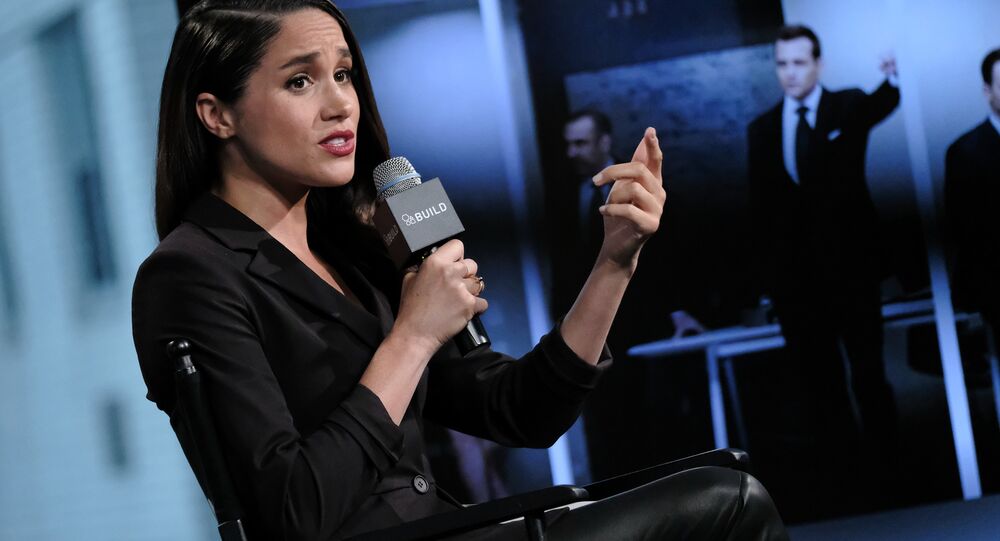 It may not have Prince Harry and his girlfriend, Meghan Markle laughing, but the story-line for a new American comedy show sounds strangely familiar as it involves a divorced couple where the husband is left for a British prince.

A new comedy sitcom that features a woman who leaves her husband to marry a British prince has been given the green light by US network Fox — and is tantalizingly similar to the royal romance involving Prince Harry and his American girlfriend Meghan Markle.

US film and television producer Trevor Engelson, 40, who was previously married to actress Meghan Markle, 36, may possibly be drawing from his own real-life experience for the new comedy. Mr. Engelson married Meghan in Jamaica in 2011, before divorcing two years later.

Although neither of the lead characters are meant to be based on them, the 30-minute pilot program is said to be purely fictional, having originally stemmed from a conversation between Mr. Engelson and fellow producer Dan Farah, imagining the custody battle that might have ensued if he and Markle had had children.

A publicity blurb on the project said: "Divorce is hard. Sharing custody is harder. Sharing custody with the British royal family when your wife marries a prince, in the unforgiving spotlight of London's tabloid media, is next level."

The actress, who stars in the US drama series Suits, began dating Prince Harry, fifth in line to the throne, in July 2016 having met at the Invictus Games event launch.

While the pair have tended to keep fairly low-key about their relationship, Meghan publicly spoke about their romance in a Vanity Fair magazine interview in August.

"We're two people who are really happy and in love," she said.

"We were very quietly dating for about six months before it became news.

"I was working the whole time, and the only that that changes was people's perception."

It is unclear whether any of the British television channels will bid for the new comedy, although viewers may be able to watch through satellite television.

Prince Harry and the Blame Game: Afghans Not Impressed by Complaining Royal

Turning Heads and Turning 32: Prince Harry and Other 'Sexy' Royals