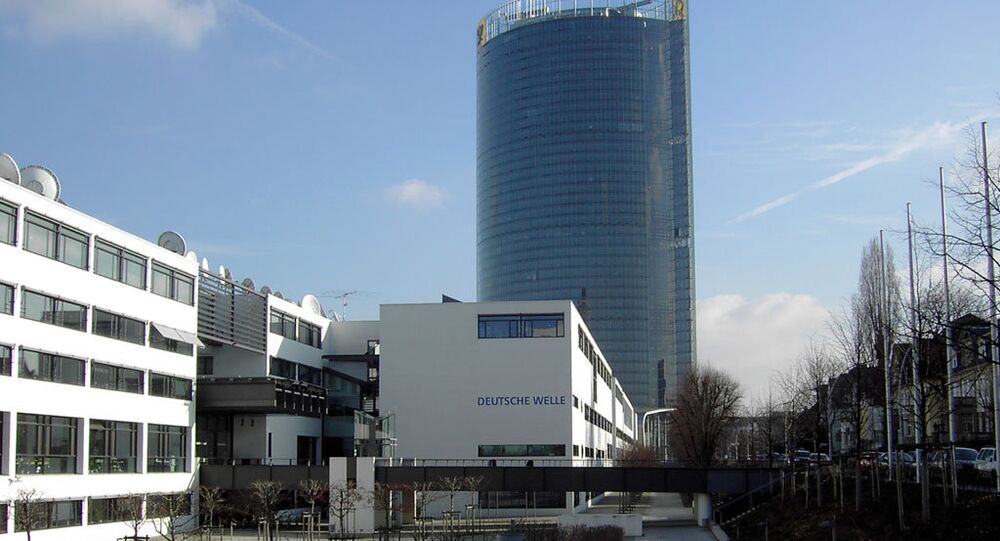 German government spokesman Steffen Seibert has commented on the possibility of the country's Deutsche Welle broadcaster being on Russia's list of foreign agents.

BERLIN (Sputnik) – The German government hopes that the broadcaster Deutsche Welle will be able to continue its work in Russia without obstacles, according to Steffen Seibert.

"We assume that Deutsche Welle will continue its journalistic work in Russia. We are not giving out the details yet," Seibert told a briefing.

The statement comes after a senior Russian lawmaker and the ruling United Russia party’s parliamentary group deputy chair Andrei Isayev said that Deutsche Welle could be among the media outlets targeted by a law on foreign agents applicable to media outlets.

Earlier in the day, the lower house of the Russian parliament, the State Duma adopted in the third and final reading an amendment that allows it to mark media outlets funded by foreign countries as foreign agents.

While it has been unclear so far which foreign media outlets could be urged to register as Foreign Agents, the Kremlin has commented on the amendments, saying that Russia would respond to any violations against its media outlets.

© Sputnik / Mikhail Klimentyev
Putin Describes US Restrictions on Russian Media as an ‘Attack on Free Speech’
The move comes after Moscow has vowed to respond to the demand issued by the US Department of Justice for RT America's registration under FARA by November 13, with the Russian Foreign Ministry calling the move an "unfriendly step."

Russian President Vladimir Putin has commented on the demand, saying that the restrictions are an "attack on the freedom of speech."

While Washington's demand wasn't applied to many other foreign state-funded media outlets, including the BBC, the Russian Embassy in the US has stated that such actions against the broadcaster are aimed at eliminating a source of alternative information.