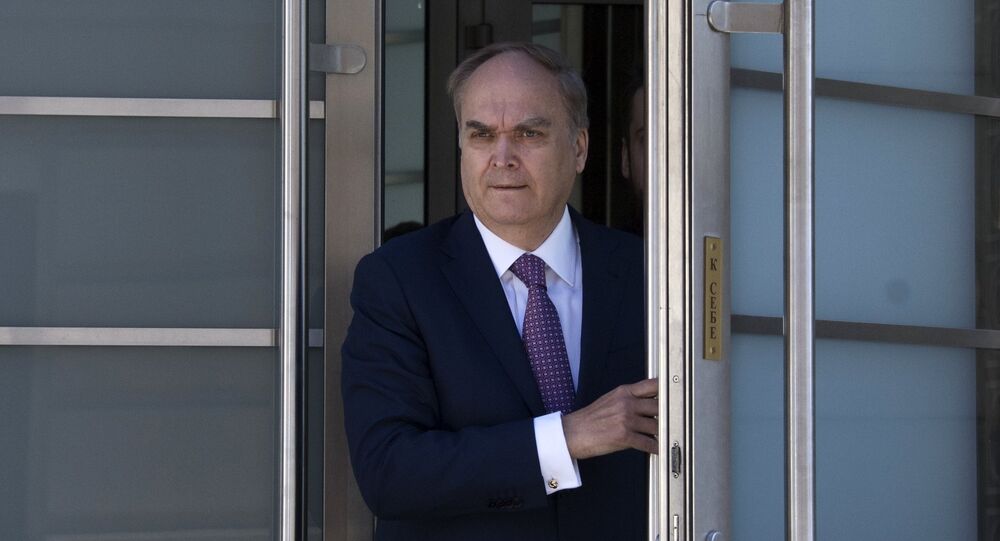 WASHINGTON (Sputnik) — RT America was urged by the US Justice Department to register as a "foreign agent" by November 13, with Editor-in-Chief Margarita Simonyan calling the deadline "cannibalistic." In order to avoid the closure on the territory of the US, the broadcaster agreed to comply with the demand.

The Russian embassy in the US has condemned the US step against the broadcaster, saying that it creates a dangerous precedent and "once again demonstrates double standards.

"We perceive the US demand that RT should register under FARA as in unfriendly step," Russian Ambassador to the United States Anatoly Antonov said on Monday.

© Sputnik / Evgeny Biyatov
RT America Registers as Foreign Agent at Demand of US Justice Department
The pressure on Russian media in the US has intensified within the last year, with the US Congress accusing RT of alleged attempts to influence the outcome of the country's presidential election, a claim repeatedly denied by the Kremlin and Simonyan.

Russia's State Duma Speaker Vyacheslav Volodin on November 10 instructed the committees of the lower chamber of the parliament to develop a legislative response to US Justice Department's measures. The bill is expected to be adopted by November 17.