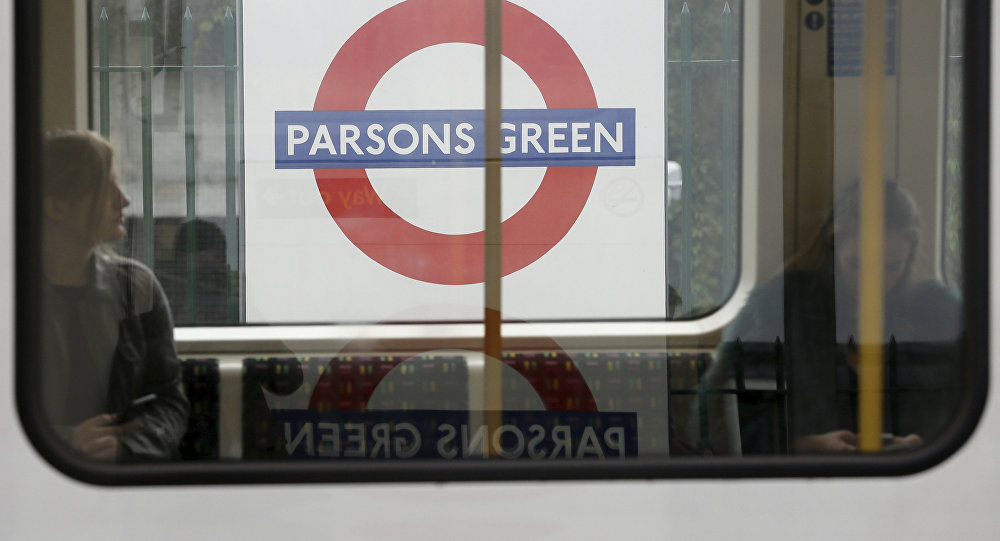 Wearing a bright red hat is possibly not the best disguise if you are proposing to plant a bomb on a London underground train as one of the two suspects presently being detained by police has since discovered.

In what can be described as a foolish move, it was his distinctive headwear that first alerted police officers to arrest an 18-year-old in the departure lounge at the Port of Dover on Saturday, September 16, just hours after the partial explosion, which injured 30 people at Parsons Green station.

Police confirmed that an 18-year-old and 21-year-old are being held over the explosion, which injured 30 people.

Footage shows armed police at a house in Sunbury-on-Thames, where a person was seen carrying a Lidl bag similar to the one used in tube bomb pic.twitter.com/apyqGU5oU7

The pair were arrested after CCTV images were released showing one of them wearing a hat and carrying a Lidl supermarket bag around 90 minutes before the incident.

Recognizing his peculiar hat from CCTV footage taken at the scene where the "bucket bomb" exploded, police officers swooped to arrest him before he could flee Britain.

Looks like a failed bomb attempt. Wires coming out of a bucket that exploded? #Parsonsgreen pic.twitter.com/q8U82SGfPb

The suspect is believed to be a refugee from the Daesh war zone, who was fostered by a couple in Sunbury-on-Thames, Surrey.

Later a 21-year-old man — informally named as Yahya Faroukh — was arrested under the Terrorism Act in Hounslow, west London.

Two further addresses in Surrey — one in Sunbury-on-Thames and the other in Stanwell — are still being searched in connection with the ongoing police inquiry.

Ian Harvey, leader of Spelthorne Borough Council, whose ward is Sunbury East, said the teenager is understood to be an Iraqi orphan who had moved to Britain when he was 15 after his parents died. 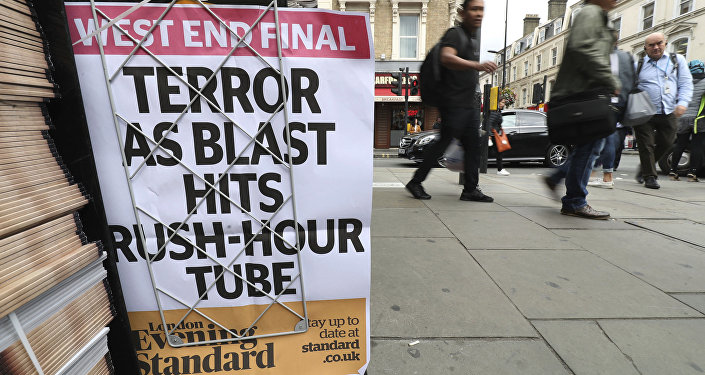 He said he had discovered the boy's background from neighbors of Ronald Jones, 88, and his wife, Penelope, 71.

"One thing I understand is that he was an Iraqi refugee who came here aged 15 — his parents died in Iraq," Mr. Harvey said.

Dave Solway, who lives opposite Mr. and Mrs. Jones, said they were currently caring for two people — a Somali teenager and Iraqi man. He said the Iraqi, who he thought was 18 or 19, had been living with them "for a couple of years."

"He has been there ages, he is a good little lad, he is. I've said hello to him and asked him how he is — he is a good kid making a life for himself," Mr. Solway said.

The Somali Boy and the Man of Arabic Appearance

The Somali boy, who told Mr. Solway he was 15, showed signs that he wished to leave, the neighbor said.

"'I want to go to London,' that is all he kept saying, over and over. He had just been dropped off when they had their altercation, I don't know whether he had gone back to the house. He was arguing with Ron, that is why I came out, to calm him down and to make sure that Ron was OK," Mr. Solway added.

In nearby Stanwell, neighbors said the man living at the property in Lowlands Drive was a light-skinned man of Arabic appearance.

According to a couple, who asked not to be named, he habitually stayed up late at night and was often visited by two male companions, who appeared to be in their late teens.

"He seemed a really, really nice chap, we have sat there and had a drink with him, but he didn't drink alcohol," the husband said.

"He was from North Africa, I think, perhaps Morocco or Algeria, but he had family from Scotland. I think he moved in about 14 months ago, he was very quiet, he was on his own. He had two guys there that used to be there all the time with him, he would have them there through the night and they were always playing games.

"But they never had the TV on and there wasn't a lot of furniture, his friends were about 18 or 19," the husband added.

"To me he just kept himself to himself, he wasn't involved with us or the neighbours, but he seemed to be up at unusual hours," said the wife.

Home Secretary Amber Rudd has announced that the terror threat level in Britain has now been lowered back to severe after it was raised to critical, the highest level, just hours after the latest bombing incident.

The downgrading appears to indicate that police and MI5 do not believe the bomber was part of a significant network operating in the capital, although detectives remain cautious and insist investigations remain at an early stage.

Daesh has claimed responsibility for the attack in which 30 people suffered injuries from the improvised explosive device thought to have been contained in a builder's bucket packed with fairy lights, TATP explosives and covered in a supermarket plastic bag.

Mark Rowley, the Metropolitan Police assistant commissioner, confirmed police were "getting a great understanding of the preparation of the device."