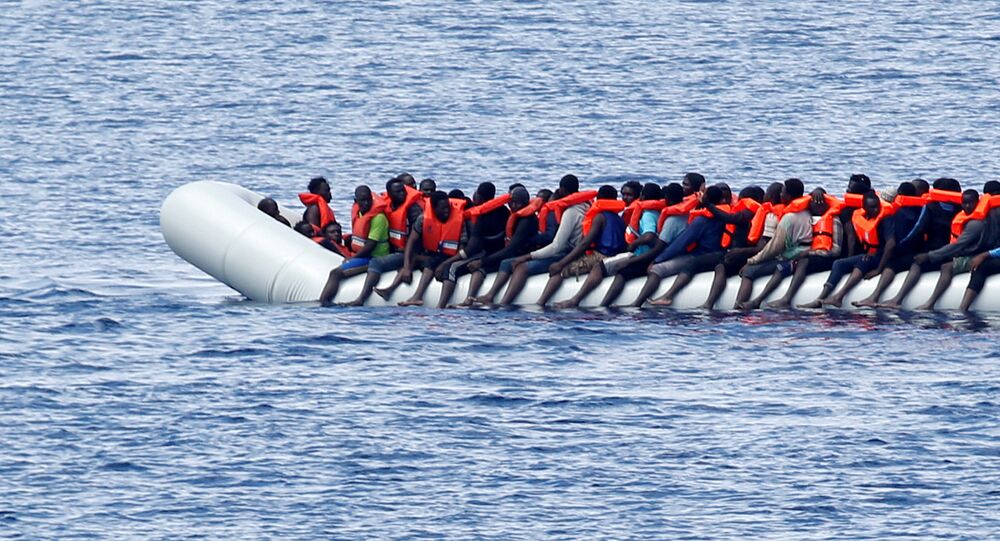 Operation Sophia, the European Union Naval mission in the Mediterranean aimed at cracking down on people smugglers, has precipitated a significant upsurge in migrant deaths, according to a UK parliamentary report.

The report, published July 12, stated Sophia's active policy of sinking boats has produced death in itself — but also provoked smugglers to dispatch would be escapees on even riskier vessels, "resulting in more deaths at sea."

Dinghies now account for 70% of all boats leaving the Libyan coast. The policy, the report added, does not address the root causes of the migration crisis, but exacerbates them by encouraging European governments to fail or refuse to meet their human rights obligations, thereby giving further opportunity for smugglers and other abusers.

Detection of migrants on the central Mediterranean route "had never been so high" as in 2016, when 181,436 people arrived in Europe, an increase of 18 percent on 2015 (153,842). These numbers may nonetheless be but a rough estimate, due to the absence of passenger lists and a small number of bodies actually recovered.

While the EU maintains Sophia's imperative is to save lives at sea, and 33,830 people had been saved since the inception of the mission, the report makes clear the seafaring assets deployed by the EU are not well-suited to search and rescue operations, and that is not their primary task.

"We remain of the view Operation Sophia has not in any meaningful way deterred the flow of migrants, disrupted the smugglers' networks, or impeded the business of people smuggling on the central Mediterranean route. Smugglers have adapted, sending migrants to sea in unseaworthy vessels, leading to an increase in deaths. A naval mission is the wrong tool with which to tackle migration in the central Mediterranean. There is little justification for the deployment of high-end naval and air assets for the tasks being undertaken by Sophia. We are also concerned by reports of serious abuses of human rights of by the Libyan coastguard," the report concluded.

The report also makes clear the 2011 toppling of Muammar Gaddaffi created the migrant crisis — and the ongoing "fragile, complex" situation in the country — which includes a "significant breakdown in law and order and ramp-up in militia violence and criminality," is sure to remain "difficult for some time."

© REUTERS / Stefano Rellandini
Migrants on a dinghy are rescued by "Save the Children" NGO crew from the ship Vos Hestia in the Mediterranean sea off Libya coast, June 17, 2017

Much of the instability is driven by the state of the Libyan government, which is viewed by a "significant majority" of Libyans as a "puppet government imposed by the UN." The government has close ties to militia groups.

The mandate for Operation Sophia is due for renewal July 27, 2017. In a 2016 parliamentary report on Sophia — "An Impossible Challenge" — the same committee concluded it could, potentially, be effective, although acknowledged the prospect was unlikely unless the security situation in Libya improved. Now, with that eventuality ever-increasingly improbable, the report authors are clear the Operation is destined to fail, and therefore see no reason for it to continue beyond 2017.

© REUTERS / Stefano Rellandini
Migrants wait to disembark from the Vos Hestia ship as they arrive at the Crotone harbour, after being rescued by a "Save the Children" crew in the Mediterranean sea off the Libya coast, in Crotone, Italy June 21, 2017.

The government is exploring other methods of quelling the deluge, and convened an emergency meeting with France and Germany in Paris, July 2 — the summit produced a draft code of conduct for charities that rescue migrants and refugees from the Mediterranean, and would bring such organizations under the effective control of the Libyan and Italian coast guards, potentially restricting their ability to save imperiled individuals from overcrowded smuggling boats.

Other governments have taken even more extreme measures, with Austria dispatching tanks and troops to its border with Italy in July to guard against the flow of migrants.