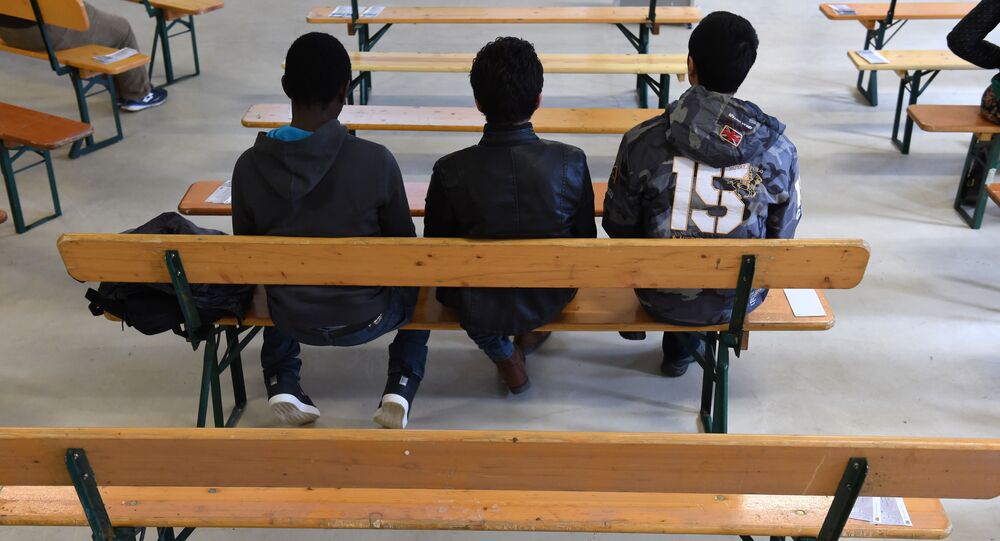 The shocking media reports about prostitution among young migrants to Germany are not so surprising given the long-standing connection between migration and sex work, Ralf Roetten, director of the charity "Help for the Young," told Sputnik.

Germany's Rundfunk Berlin-Brandenburg (RBB) radio station spoke to a young Afghan migrant in Berlin's Tiergarten park, who confirmed the inner-city park is a popular place for young migrants to have sex with older men for money.

Local charity workers have reported that young male migrants are working as prostitutes in several parks around Berlin. In addition, some failed asylum seekers have moved in with older men who offer them food and accommodation in return for sex.

Ralf Roetten, director of the charity "Help for the Young," which aims to prevent sexual violence against young people, said his organization is aware of the issue, which is a long-standing problem among refugees.

"Refugee status and sex work have always been connected, because sex work is one of the few opportunities available to refugees worldwide to get some income straightaway, even if they don't speak much of the country's language and don't have a work permit," Roetten told Sputnik Deutschland.

"The first motivation is a voluntary one, the interest in earning money with their sexuality."

Secondly, "Young men who have either had their asylum application rejected or who never applied for asylum in the first place, who aren't entitled to stay here in Berlin and/or are threatened with deportation, are also motivated to work as prostitutes."

"The third group is young men who are registered in other cities, mostly small towns, but they don't like it there, they don't feel accepted and they therefore are staying here in Berlin and financing their life in this way," Roetten said.

© Photo : Pixabay
Germany's Migrant Crisis: 'At This Rate, by 2060 There Will Be No Germany as We Know It'
Roetten said that over 5,000 migrants have been helped by his organization over the last year, including hundreds working or sleeping rough in Berlin's parks.

"Over the past year, we had over 5,000 preventive contacts during our preventive work," he said.

"There were 382 contacts with young men from Arab and Central Asian countries in the Tiergarten park."

According to the aid worker, migrant prostitution is "a normal part of life as a refugee." He says that society could help by being more open about prostitution. In addition, he thinks that a quicker resolution of refugee status would help some failed asylum seekers avoid prostitution.

"In any case, the fact that sexuality and the sex trade is still not talked about openly and with respect, is a social phenomenon," Roetten said.

"It is also true that people are left in uncertainty about their asylum status for months or even years," he added.

Diana Henniges of the Berlin-based Moabit Helps aid organization told Deutsche Welle that there are several factors affecting a youth's susceptibility to prostitution.

"It depends on his residency status, how educated he is, how long he has already been here, whether they are addicted to drugs or homeless, every case is different," Henniges said.