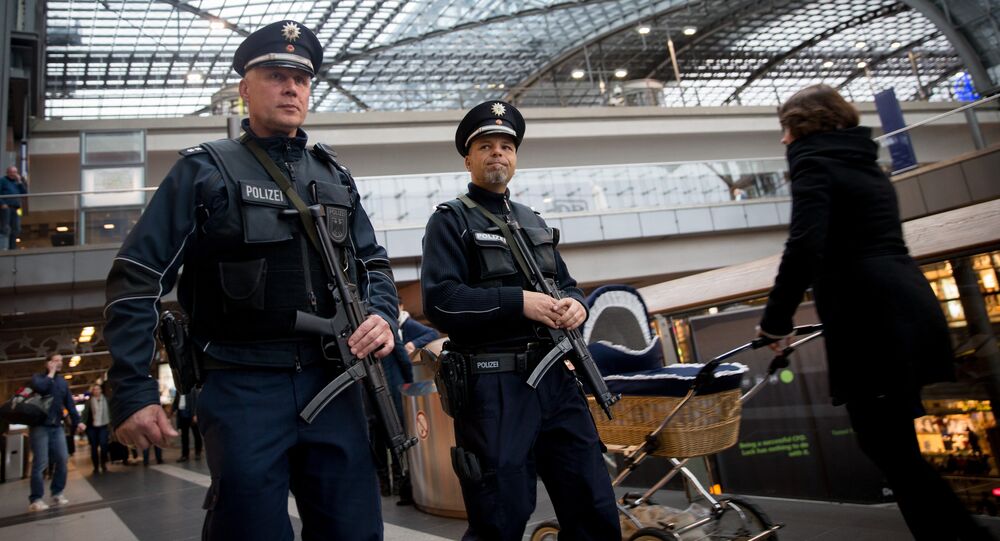 A 13-year-old girl from a Russian-speaking community in Berlin was not kidnapped and sexually assaulted by immigrant men as previously reported, but simply spent the night with an acquaintance, a spokesperson for the prosecutor's office in Berlin said on Friday.

© AFP 2021 / TOBIAS SCHWARZ
Russia Verifying Info on Alleged Rape of 13-Year-Old in Berlin by Immigrants
MOSCOW (Sputnik) — The prosecutor's office has reconstructed data from a cell phone and obtained admissions made by the 19-year-old acquaintance of the girl, with whom she says she stayed on the night of January 12, according to DPA.

The investigation has also found that the girl's acquaintance was in possession of her belongings.

No evidence of a sexual offense or any sexual contact with the girl has been found, the spokesperson said.

The girl went missing for 30 hours, with reports suggesting she had been kidnapped and raped by a group of migrant men.

Almost immediately following news of the incident being circulated in Russian-language media, Berlin police said there was no evidence of sexual assault.

With tensions high after the reports of hundreds of assaults on women in Cologne at New Year's Eve, hundreds of Russian-speaking Germans protested last week over what they believed to be a police cover-up of the case.