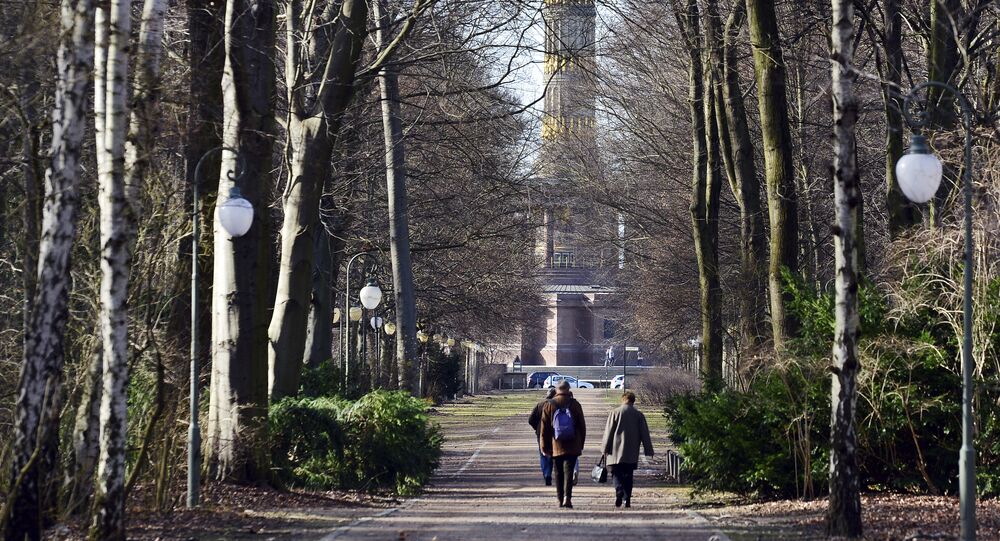 Young migrants are prostituting themselves in the parks of Berlin, Germany's Rundfunk Berlin-Brandenburg (RBB) reports.

In Tiergarten, Berlin's most popular inner-city park, a young man called Nawid told a reporter that he had been forced to leave a refugee center in another state after a dispute with his father.

Nawid, who is from Afghanistan, said he had wanted to convert to Christianity, but his father was opposed to the idea.

According to his identity papers, Nawid is 18-years-old and immigrated via Slovenia in January 2016. His papers also indicate that he is supposed to be deported back to his home country after being denied asylum. However, Nawid doesn't want to return to Afghanistan, and decided to travel to Berlin instead.

"I have no money and can't go anywhere because they will arrest me. I have no choice but to sleep here on a park bench," he told RBB.

When the reporter asked him if he prostitutes himself for money, he denied it but added that he knows others in the park who do.

"No, I don't, but there are young guys here who have sex with older men. A friend of mine, for example. It worries me," Nawid said. He added that he plans to leave Berlin soon and may try to smuggle himself to neighboring France aboard a train.

Local aid worker Diana Henniges told RBB that she has come across 16- and 17-year-old migrants from Afghanistan who are working as prostitutes in several parks around Berlin.

She said that while the local authorities in Berlin's central borough of Mitte have started a project for homeless migrants living in Berlin's Tiergarten park, the efforts come too late for some failed asylum seekers, who have already moved in with older men who offer them food and accommodation in return for sex.

© Photo : Pixabay
Swedish Brochure Teaches Migrants How to Have Sex, Avoid Authorities
Ralf Roetten, chairman of the charity "Help for the Young" which aims to prevent sexual violence against young people, said that aid workers from his organization regularly visit the park to educate young migrants about the risk of HIV and other sexually transmitted diseases.

He said that migrants living in Berlin reception centers have recommended the Tiergarten to each other, and getting the young men to leave the park is a difficult task.

"Most of them don't have permission to join a German course, to school, and above all no right to find work? What can we offer such young men as an alternative?" Roetten asked.

Last year, 26,654 migrants were deported from Germany, and the German government has sought to expedite the deportations of migrants who are not eligible for asylum or the right to remain in Germany for a limited period, known as "subsidiary protection."

In February, the federal government called on states to work harder and speed up deportations. The interior ministry revealed plans to allow Germany's Federal Office for Migration and Refugees (BAMF) to search the phones of asylum seekers in order to make sure of their true identity.