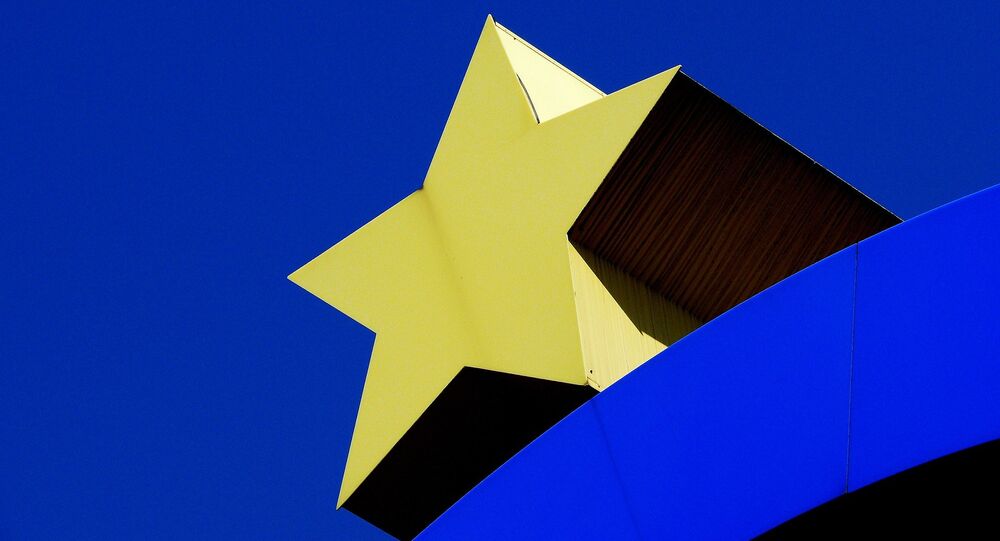 EU Unveils 'Pillar' of Social Rights Protections: Will It Fall Down?

The European Union was formed out of the ashes of World War II, with the express aim of promoting peace, democracy and shared prosperity. While it has arguably been largely successful in respect of the first objective, it seems increasingly unable to deliver on the second or third.

In response, the European Commission has unveiled plans to push progressive social policy to the fore once again, via the European Pillar of Social Rights. It outlines forward 20 policies it wishes to see member states adopt, under three separate headings — equal access to the labor market, fair working conditions and open access to high quality essential services.

In announcing the Pillar, Marianne Thyssen described it as "a compass for a renewed process of convergence towards better living and working conditions," that would help the EU "avoid a race to the bottom and encourage a race to the top."

European Pillar of #SocialRights: "Our daughters&sons shouldn't have to fulfil the role models of our grandparents" https://t.co/WNDqqS188M pic.twitter.com/jxquFhofxy

​The Commission's intervention is perhaps long overdue. As of December 31 2016, 122.3 million EU citizens — almost a quarter of the entire bloc population — live at risk of poverty or social exclusion, and the wealth gap between member states remains high and rising.

Residents of Romania and Bulgaria are at over 40 percent risk of poverty and social exclusion, compared to less than 20 percent in wealthy states such as Finland and Sweden. What's more, women are on average worse off than men in all EU countries except Spain and Poland, and young people are likewise worse off than the old.

​Though belated, the timing of the plan's release is surely not coincidental, as it closely follows the first round of the French Presidential election, in which arch-Eurosceptic Marine Le Pen beat committed Europhiles to the runoff.

Moreover, overall euroskeptic candidates garnered over 40 percent of the vote — with elections impending everywhere in Europe, most notably Germany and Italy, and populist candidates gaining ground, the Commission is evidently anxious about the potency of anti-EU sentiment at present.

Reaction to the proposals has been mixed. The European Trade Union Confederation broadly welcomed the plan, stating it was "probably the last chance to create a more social Europe," and the EU cannot afford to miss it.

"People are fed up with worsening living and working conditions. It's time for the EU to show that it cares about its citizens. The principles are largely positive, with some exceptions. For instance, we are concerned about the proposed interpretive document on the Working Time Directive, and promoting self-employment as a panacea for unemployment. ETUC appreciates the Commission is considering the need for better enforcement of existing European social legislation and rights, and urges it to bring forward proposals quickly," the Confederation said in a statement.

The European Anti-Poverty Network was less enamored, in particular by the plan's "lack of ambition," and "limited mention" of poverty and social exclusion as a challenge or key priority.

​"Social policies are viewed largely as a means to growth, rather than a priority in their own right to which economic policies must contribute. There's a lack of clarity over implementation — how will these rights be made a reality and who will deliver them? Given social policy is supposedly a Member State competence, how will the plan be implemented? There's a low profile given to social investment and social protection, which is crucial to ensure financing of increased social rights. A focus on inequality is also missing. It's the major challenge facing the EU and the economy on income and wealth, but also in access to goods and services, combating discrimination," the Network said.

Nonetheless, whatever the strengths and weaknesses of the plan, there is undoubtedly a major battle ahead before it translates into binding national legislation — if that point ever indeed comes. Any attempt to make the plan's policies binding on a national level will be strongly opposed by many European member states.

Hungary and Poland will be likely objectors, countries already engaged in effective war with the bloc's leadership, which have ignored repeated censures from Brussels. Moreover, the failure of the EU to punish the two countries despite repeated threats to do so raises questions over how able it will be to impose the "pillar" elsewhere.

​In any event, the new plan is not the first time the EU has attempted to cement social rights, protection and progress at the heart of its program.

Former Commission President Jacques Delors famously told the UK Trade Union Congress in 1988 that social rights, social protection and social progress would lie at the heart of the then-future European Union. In reality, over the next two decades, the EU was first dominated by neoliberal dogma, then crippling austerity measures, which have both independently and collaboratively produced the calamitous state of affairs the Union finds itself in today.

Crisis of Values Gnawing at the Ends of the EU

An Uncomfortable Truth: Everything You Always Wanted to Know About the Euro