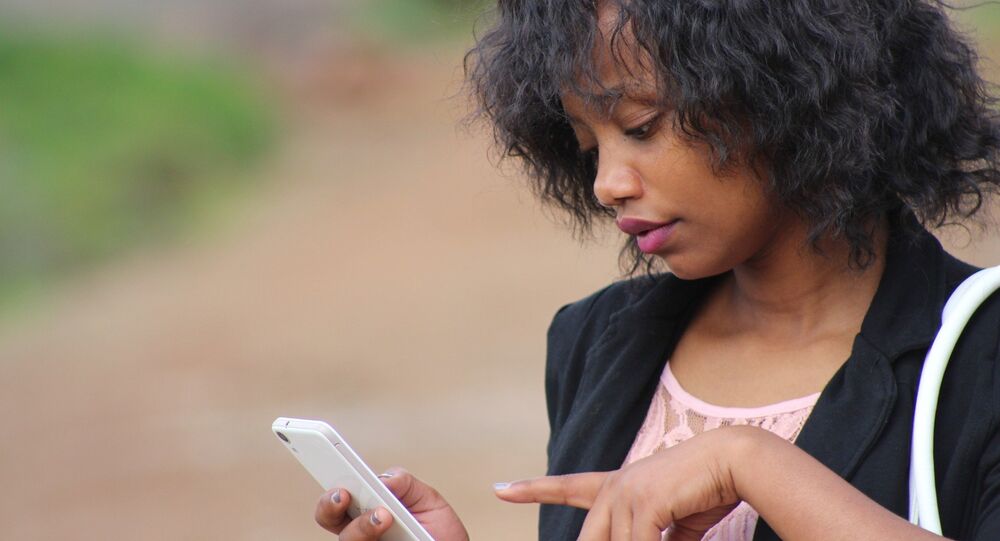 If you are black, elderly, poor and live in the UK you are likely to be treated unfairly by your bank, Financial Ombudsman figures reveal.

Figures released by the Financial Ombudsman have been analyzed by Cambridge University Professor Ross Anderson, a lecturer in security engineering.

Banks are biased against black fraud victims, who are less than half as likely to get refunds: https://t.co/ysuDN24kW4

The analysis examined 2,000 fraud cases over a 25-year period.

The results, once analyzed, showed that black victims of fraud are more than twice as likely to be denied a refund by their bank as white customers.

According to the data, people from a Caribbean background made up more than six percent of those who were denied refunds by banks — yet this same demographic only made up three percent of the population.

© REUTERS / Suzanne Plunkett
A taxi drives past a branch of HSBC bank in London, Britain, February 9, 2015.

​Asian customers came in second, as the most likely group not to be reimbursed, and they were followed by other ethnic groups, such as people of mixed heritage.

Professor Anderson mentions in his blog that there was a group of people who they considered as being the "missing victims."

These tended to be white men from a middle-class background.

"The victims are disproportionately elderly, poor, female or black. But crime surveys tell us that the middle classes and the young are more likely to be victims of fraud, so it's hard to avoid the conclusion that banks are less generous to some of their customers," he wrote in his blog.

"We raised the issue of discrimination in 2011 with one of the banks and with the Commission for Racial Equality, but as no one was keeping records, nothing could be proved, until today," Professor Anderson added.

So what is the cause of this discrimination and how is being allowed to take place?

UK banks have a lot more discretion in deciding whether someone was a victim of fraud or not. The people who initially deal with a fraud claim, also known as first responders, often have very little information.

For example, if your bank card was compromised in a supermarket in the UK, it is unlikely that the supermarket will inform your bank. So this allows for first responders to make judgement calls on whether the person making a claim is telling the truth or not.

"This in turn sets the stage for biases and prejudices to kick in, however subconsciously. Add management pressure to cut costs, sometimes even bonuses for cutting them, and here we are," Professor Anderson's blog said.

The UK system is very different from the process that operates in the US however. Professor Anderson said that the UK needs to start looking at whether to change how they currently deal with fraud. In the US, victims of fraud are given their money back, no questions asked.

"There needs to be implicit bias training for front line staff in banks. What we've got to do is hold the bankers' feet to the fire on this issue."

"They have to rid structural institutional racism from their current business practices," he added.

Professor Anderson drew comparisons between the discriminatory processes operating within the UK banking industry and when the UK commissioner of the Metropolitan Police at the time, Sir Paul Condon, who said that the UK police force was institutionally racist.

"When the Met Police was condemned for institutional racism nobody was actually saying that any commissioner of the Met Police sat down in a smoke-filled room and said, 'Hey guys, how many black people can we beat up today?' But the way they set up the organization, the way they recruited and trained people, the way the culture worked, all these other institutional factors that go largely unexamined, end up giving black people a very bad outcome. Exactly the same thing is happening in banking," Professor Anderson said.

Professor Anderson also believes that it is the lure of big bonus which give bank employees incentives to deny fraud victims their money back.

For example, bank bosses say to staff, "your budget for fraud and abuse is £10 million [US$12,5m] this year, if you give customers back less than £10 million, we'll give you a bonus of three percent on whatever you save," according to Professor Anderson.

This obvious bias in how banks treat customers has been highlighted recently by the case of Eve Russell, a black lady from the UK who was accused by Barclays bank of committing fraud on her account.

Her card had been sent to the wrong address and was subsequently used by another person, however Barclays still claimed that it was Ms. Russell who had committed the fraud.

Black people are not the only ones to suffer at the hands of this banking bias, customers in other groups such as women, the elderly and newly arrived immigrants are also victims of fraud and seemed to be treated differently by the banks.

"If the complainant is a well-spoken, wealthy upper middle class guy, for example, who knows how to work the telephones and demands to speak to the senior bank manager, there's a fair chance he'll get his money back."

Have you been missold a #PaydayLoan or #PPI? We can help you claim the money that is rightfully yours. Read more at https://t.co/uv0tyR3iUH

UK Banks Line Up to Announce Losses and Blame Brexit