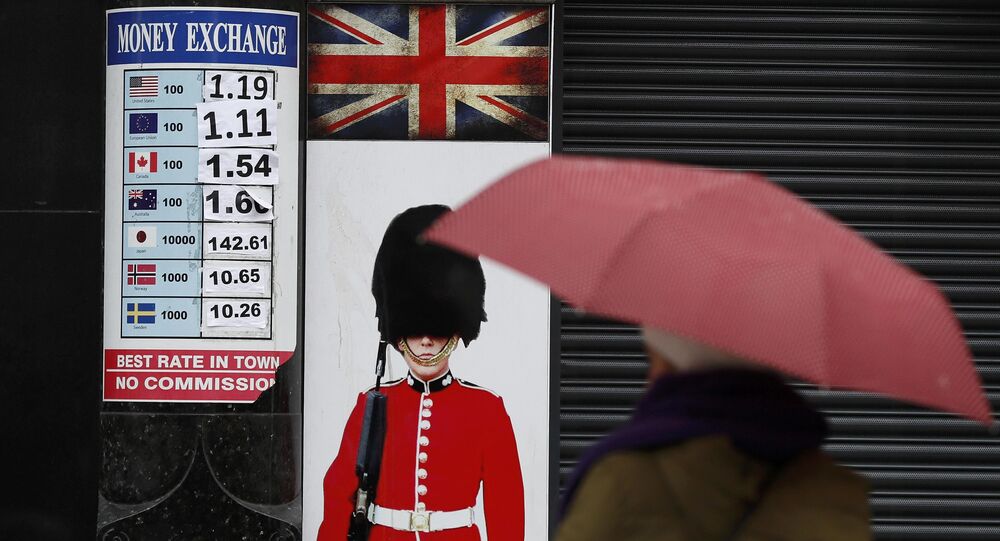 Britain's pound sterling may have surged after the UK's Prime Minister told an audience of reporters, politicians and ambassadors what Brexit means for Britain, but only a day later, it dropped again.

© REUTERS / Darren Staples
UK PM's Referendum Rhetoric 'Risky Strategy' as Pound Falls
Ever since the UK voted to leave the European Union, the pound sterling has performed badly, behaving like an "emerging market currency" with its knee jerk reactions to political rhetoric.

"Currency markets are always volatile and can be affected by political and economic views," Dr. Thomas Sampson, associate professor at the Center for Economic Performance at the London School of Economics told Sputnik.

"The pound is still substantially lower than it was prior to the referendum."

However on 17 January, Britain's Prime Minister made a speech outlining her Brexit agenda and clarifying Britain's position on the single market, and the pound surged around three percent against the dollar.

Why? Because Theresa May offered some clarity on the situation and said that the UK would leave the European single market.

"Markets like certainty. Some people welcome the certainty and the clear direction — but the bigger picture is that the outlook for the UK economy has deteriorated because of Brexit," Dr. Sampson said.

"The fluctuations in the pound over the last year suggest it will perform less well than it did before the referendum vote."

Dr. Sampson predicts that taking the UK out of the European single market — and most likely the currency union, "will be bad for the UK's economy."

The True Cost of Leaving

© Photo : Pixabay
'Yes' to Brexit Sees Pound Sterling Dive 20% Down in Value
Despite the short-term surge in value, the reality is that Britain's pound sterling has fallen about 18 percent since the UK voted to leave the EU; making is one of the world's worst performing currencies in that time period.

"The best option, from an economic perspective, would be to remain in the single market. But it is clear that limiting immigration is driving this decision," Dr. Sampson told Sputnik.

"Theresa May is well within her rights to choose that — but there will be economic consequences," Dr. Sampson predicts.