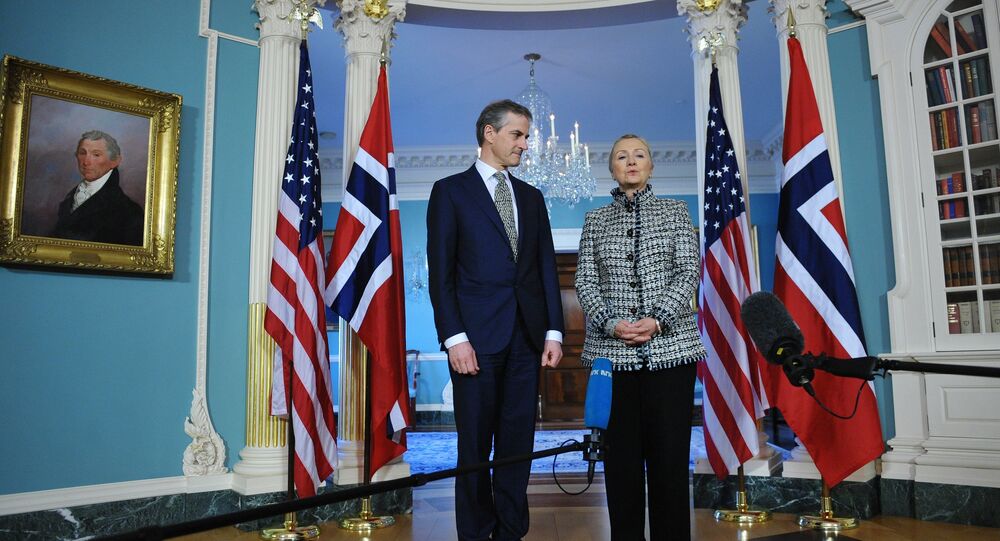 In recent years, Norway emerged as one of the most generous contributors to the Clinton Foundation. After Hillary Clinton lost the US presidential election, however, the support plummeted.

​After Clinton's harrowing loss to Donald Trump, support has now been cut by over four fifths. In 2017, only 23 million NOK (€2,7mln) is allocated, which represents an 87 percent drop compared to the peak year.

© REUTERS / Joshua Lott/Files
Norway Oils Clinton's Wheels Despite Internal Criticism
Numerous pundits argued that Norway tried to buy political influence through its lavish donations to the Clintons. Oslo made no secret of its preference for Hillary Clinton as US president.

"Norway's and other major donors' support will be seen as a means of buying influence, regardless of whether or not buying influence was the motive," Stephen Gillers, law professor at New York University and one of America's leading experts in legal ethics told Norwegian newspaper Aftenposten. According to Gillers, Oslo's generosity could give a warped picture of possible decisions by the US authorities' in favor of Norway.

Craig Holman of the Foundation Public Citizen, which campaigns for greater transparency, said that foreign governments invested in the Clinton Foundation in order to secure benefits from the former secretary of state and then-likely future president.

​These accusations were fiercely rejected by the Norwegian Foreign Ministry.

"Norway has signed several agreements which to reduce maternal and child mortality in countries with high mortality burden to ensure progress on the Millennium Development Goals," communications advisor Guri Solberg of the Norwegian Foreign Ministry wrote in an e-mail to Finansavisen.

© AP Photo / Bebeto Matthews
Ka Me, Ka Thee: Norway Subs Clinton Foundation to Buy Influence
The Clinton Foundation, which was founded in 2001 when Bill Clinton moved out of the White House, has amassed over $2 billion from hundreds of donors, which include foreign governments, political groups, multinational corporations and entrepreneurs.

Previously, Norway was found to have funneled millions to American think-tanks, such as the Brookings Institution and the Center for American Progress. The Norwegian government was subsequently criticized for buying influence. An internal report by the Foreign Ministry made no secret of the fact that Norway could gain a greater influence in Washington this way.

"The size of the contributions gives Norway a significant positive position," the report said, as quoted by Aftenposten.

Question of Ethics? Norwegian Stake in Debated US Pipeline in the Spotlight