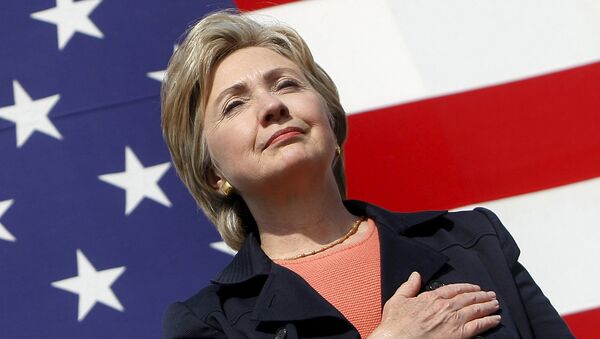 © REUTERS / Joshua Lott/Files
Subscribe
Norway remains one of the biggest contributors to the Clinton Foundation, a charitable organization established and run by the Clintons. Of late, pressure has been rising at home to end Oslo's support for the foundation for ethical reasons, as it clearly may influence the outcome of the president election.

One of the projects by the Clinton Foundation is aimed at replacing polluting diesel generators in tropical island states with solar, wind or geothermal power generators, the Norwegian newspaper Verdens Gang reported. This contradicts the Norwegian government's guidelines for international help, as none of the 27 countries included in the Clinton Foundation's program are featured in Oslo's list of intended beneficiaries.

Norwegian Foreign Ministry rejected the criticism of the obvious departure from its own foreign policy, as communication adviser Guri Solberg explained that support through multinational organizations is not covered by the same principles as direct assistance.

Norway Follows in US Footsteps, Ready to Deploy Aid to Syrian Rebels
Nevertheless, MP Christian Tybring-Gjedde of the Progress Party, who is also deputy chairman of the parliament's Defense and Foreign Committee, called the cash flow to the Clinton Foundation "awkward" and urged the support to be dismantled for ethical reasons.

"Since one of the main players on the Clinton Foundation is running for presidency, I think it is only natural to discontinue our support," Christian Tybring-Gjedde told Dagbladet.

According to Tybring-Gjedde, it may be increasingly difficult to distinguish between the foundation's relief efforts and the Clinton family's political agenda. Last year, US ex-president Bill Clinton visited Norway during an international charm offensive with clear ideas about the future of the US presidency, the Norwegian newspaper Verdens Gang reported.

"Generally speaking, it is unfortunate to have economic cooperation or assistance agreements with organizations that happen to have a political agenda. This creates bonds that may be misused or misinterpreted. It is particularly unfortunate in this case as one of the aid recipients has personal political ambitions," Tybring-Gjedde said. "One can imagine what reactions financial contributions to any of the organizations run by her [Clinton's] competitor would stir," he added.

Do Hillary Clinton and Daesh Really Share the Same Financial Backers?
International support for the Clinton Foundation from foreign states is a controversial topic in the United States, with both Republican president candidate Donald Trump and his Democratic opponent Bernie Sanders questioning the funding of Hillary Clinton's presidential campaign. Monetary gifts are one of the reasons why Trump repeatedly refers to Clinton as "crooked Hillary." Norway and Saudi Arabia have been the most lavish contributors. Since 2007, Norway has provided 584 million kroner (roughly 70 million dollars) to the Clinton foundation. In addition, Norway has pledged a further 92 million until 2019.

The Bill, Hillary & Chelsea Clinton Foundation is a charitable organization established by President Bill Clinton in 1997 for promoting climate issues, health, development and women's rights across the globe. Its major contributors are Wall Street companies, wealthy individuals and foreign governments.