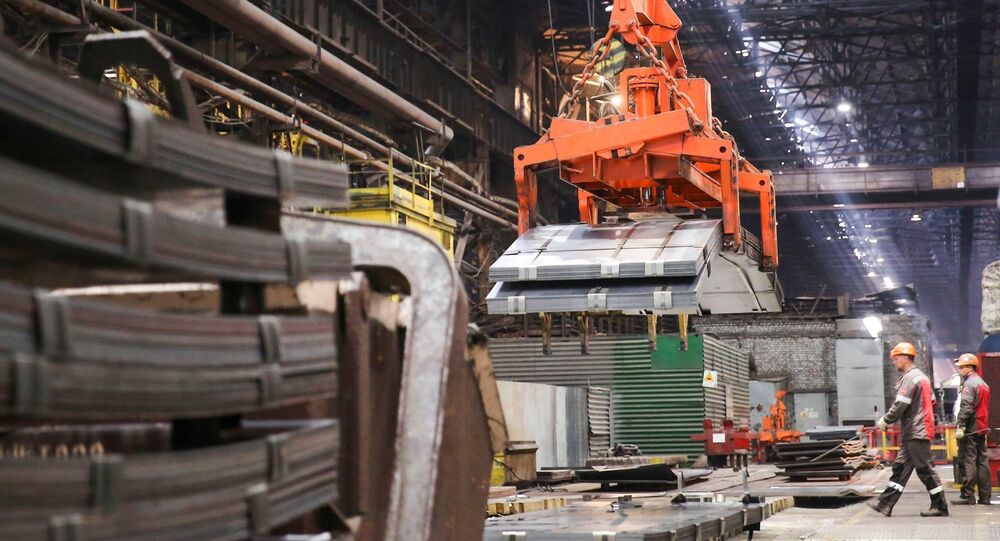 IMF-mandated hikes in electricity prices for businesses have made whole sectors of the Ukrainian economy uncompetitive, making it more profitable to shut factories down than to keep them operating, says Ukraine's oldest and largest business association.

© REUTERS / Valentyn Ogirenko
Ukrainians in Shock as 'Revolutionary' Political Elite’s Riches Revealed
Speaking in Kiev on Thursday at the Ukrainian League of Industrialists and Entrepreneurs' annual conference, president Anatoly Kinakh pointed out with dismay that authorities in Kiev did not bother to carry out the necessary economic calculations when they decided to raise tariffs.

"Where are the necessary technical and economic calculations?" the official asked. "Where were the forecasts about how this will affect the competitiveness of our economy? How does the tariff increase correlate to consumers' ability to pay? There are no answers to these questions. And this is very serious, because all we are doing is seeing the decline of citizens' standard of living."

For example, Kinakh noted, the massive Zaporozhye aluminum plant has recently been forced to stop operations completely due to the high cost of electricity; its energy-intensive production has been made uncompetitive thanks to whopping 40% electricity price hikes and the end of subsidies.

"If before, the plant was able to purchase electricity at a special rate, now this is impossible; the plant is being offered electricity at the same price as other companies, making it uncompetitive," the official lamented.

© AP Photo / Sergei Chuzavkov
Denial, Frustration, Outrage: Kiev Having Trouble Dealing with Trump Victory
The legendary Zaporozhye aluminum plant, established in 1930, was once one of the largest aluminum smelters in the world, and famous for its unique production methods. Producing over 100,000 metric tons of aluminum a year in its heyday, the plant played a crucial role in contributing to many key industries, including the Soviet and post-independence Ukrainian aerospace industry, which has suffered its own tragic decline in recent years. Antonov, once a legend of global civilian and military aircraft production, isn't expected to produce even one plane this year.

Ukraine's International Monetary Fund-mandated austerity measures, combined with the loss of Russian markets for Ukrainian goods, have also hit ordinary Ukrainians hard. The IMF has insisted on further cuts to subsidies on utilities for low-income citizens, leaving millions uncertain where they will get the money to heat their homes this winter.