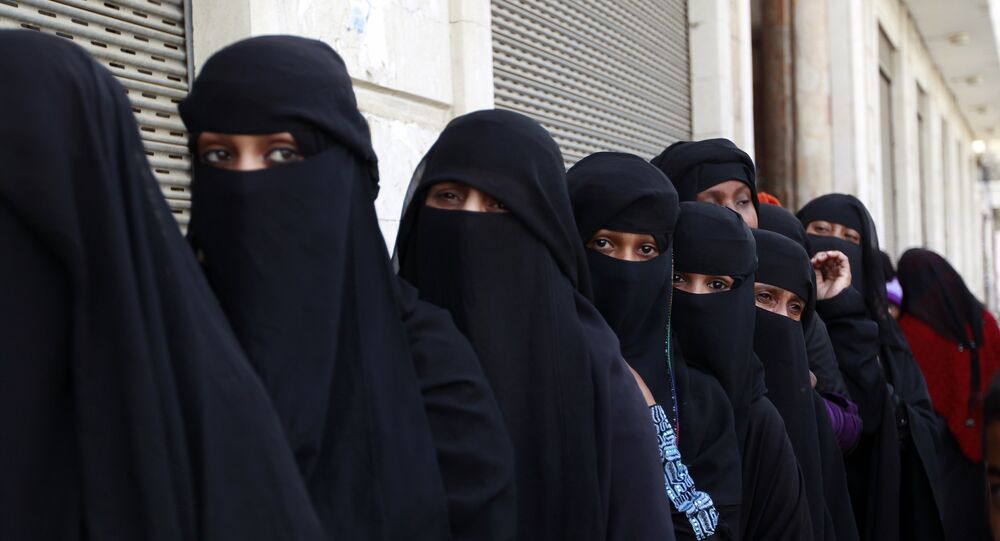 © CC0 / Pixabay
E-Migration: Facebook Photos Fueled Iraqi Exodus to Finland
Finland's Immigration Service (Migri) has given siblings and even spouses various asylum decisions, despite similar situations, Finnish national broadcaster Yle reported. According to Migri, the reason for such favoritism is that internal displacement is easier for men than women.

The head of Migri's asylum unit, Esko Repo, admitted that gender can affect decisions, but refrained from commenting on individual cases. According to him, a woman heading back to Baghdad without a network of friends and relatives would be more at risk than a man who previously had family in the area.

"In certain conditions, a single woman, maybe a single parent's position is different from that of a young, healthy, able-bodied man," Repo told Yle.

From the strictly legal point of view, differing sibling and spouse decisions are strange, provided that both of them are regarded to be at risk of persecution.

"Often, it's quite the opposite," Punto said.

"No, we don't favor women as such, we take each case based on its merits," Repo ensured. "Sometimes it's men that can't be sent back due to risks of forced conscription to a militant or terrorist group," he said.

Seeking asylum in Finland got increasingly more difficult since last year's dramatic onslaught of refugees. In May, immigration authorities changed their guidelines to be able to deny refugee status to people who, according to Finnish officials, are able to live elsewhere in their country despite the fact that their home region is regarded as dangerous.

© AFP 2021 / JONATHAN NACKSTRAND
Posters Pop Up in Norway to Motivate More Migrants to Leave Voluntarily
In practice, this means that more asylum-seekers from Iraq, Somalia and Afghanistan (the largest refugee groups in Finland) are advised to move to safer areas of their native countries instead.

In one of the cases, reviewed by Yle, two Iraqi siblings applied for asylum in Finland, citing the risk of persecution for their political opinions in their almost identical applications. The over 30-year-old sister and her underage child were granted asylum, whereas the over 20-year-old brother was given a refusal on the grounds that he was a young man capable of work and part of the Shia majority in southern Iraq.