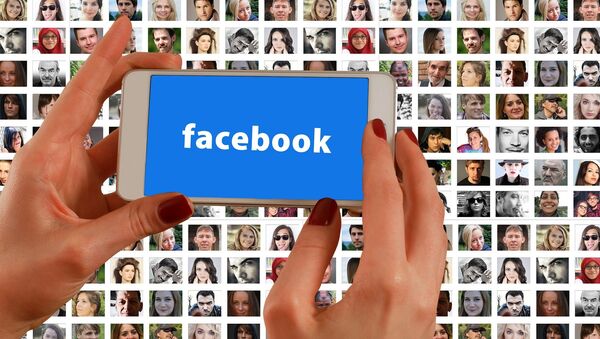 Finnish Reception Centers Report Suicide Attempts Among Miserable Migrants
According to a comprehensive new report on the Iraqi minority in Finland which was published by the country's Labor and Economy Ministry, most Iraqis who arrived in Finland during last year's refugee crisis were young men under 25, who belong to the "Facebook generation."

The report listed Iraq's unstable security situation, acts of terrorism and lack of basic services like water and electricity as among the most obvious reasons for fleeing. In 2015, however, a new phenomenon emerged that made the decision to leave easier. Reportedly, more Iraqi parents began to urge their children to leave in order to prevent the youth from becoming victims of violence and crime or being recruited by terrorists.

According to the report, fears of leaving the country have abated due to a huge number of online ‘trip reports.' As more and more Iraqi asylum-seekers opened discussion groups on Facebook and other social media, photos and other visual material were shared, thus giving rise to a new phenomenon: "Hijrat al-Facebookiyin" or Facebook generation emigration, Finnish national broadcaster Yle reported.

Finland Slams EU Over Failure to Manage 'Self-Inflicted Crises'
Facebook and Google launched services in Arabic in 2009, and smart phones became affordable in Iraq in around 2012-2013. Therefore, Iraqi asylum-seekers in Europe could upload hundreds of videos and images to their countrymen daily, presenting the best routes and the most reliable traffickers, as well as reports on their new countries and refugee camps. Some Iraqis even became web celebrities after publishing video diaries of their journey and daily life in the new country. According to the report, a number of the now-deleted Facebook posts contained trafficking advertisements, even offering discounts for toddlers and minors.

According to the report, many Iraqis said that they were inspired by German Chancellor Angela Merkel's positive statements about asylum-seekers in September 2015 and her open-door policy.

Money for Jam: Finland Tries Occupying Idle Asylum-Seekers with Berry-Picking
Iraqi society has suffered from a long period of turbulence following several wars. For Iraqis, the toppling of Saddam Hussein's government has first and foremost resulted in a dramatic deterioration of living conditions and security. After the US-led coalition vanquished the former leader in 2003, a dramatic security vacuum was created, which in turn led to an outburst of sectarian violence and massive population displacements. The situation became even worse after the rise of Daesh, which conquered large parts of the country in 2014.

000000
Popular comments
Facebook is using "Hate Speech" to censor uploads and everyone should be looking to leave the site plus Twitter too and Russia Today who promotes Twitter so much might not be getting there tweets hidden but everyone else with something to say is. Tweet something bad about Google and then see if you can see the tweets using another account over a VPN to change your IP-Address if you want to see this yourself.