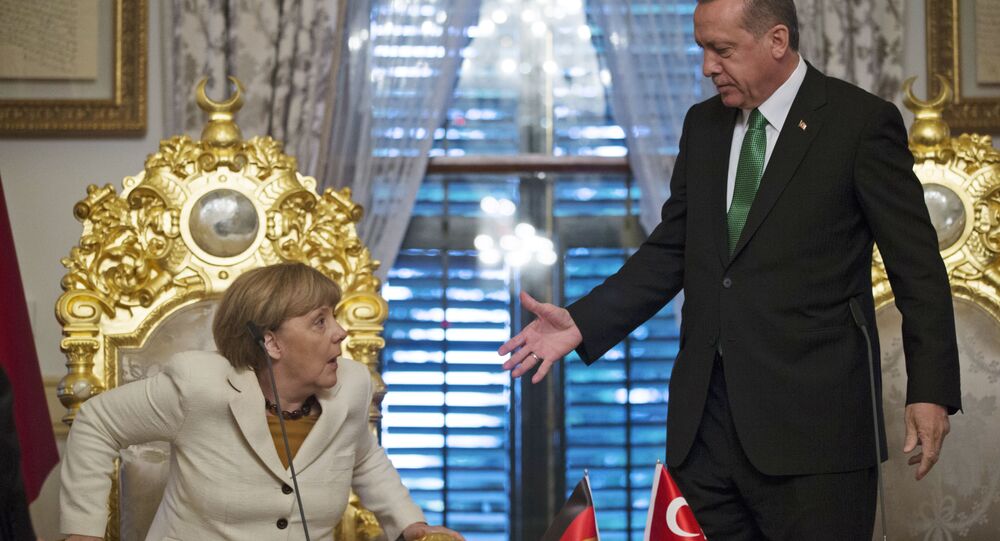 The European Commission is set to release a report finding that Turkey’s human rights practices failed to comply with the terms of the deal – a finding that would end all hope of Turkish citizens receiving visa-free travel and likely forcing Erdogan to open the floodgates.

The diplomatic row between the European Union and Turkey has erupted with Brussels scrambling in desperation to rescue the controversial migrant deal with Ankara before Turkish President Recep Tayyip Erdogan unleashes millions of asylum seekers on Europe.

The Erdogan government became enraged after a senior European official claimed that Turkey is not committed to doing what is necessary to join the 28-nation bloc and that its residents should be denied visa-free travel within the EU as was initially agreed upon by the two parties. The spat between Turkish officials and the European Union comes at a time when Europe desperately needs to preserve the migrant deal.

The Erdogan government has made it no secret that in the event that the two parties cannot agree to terms, Turkey will open the floodgates allowing millions of refugees residing in refugee camps to rush into the European Union through Greece.

That scenario seems increasingly likely with the EU Commission planning to deliver a  report documenting Turkey’s  lack of progress towards delivering on terms stipulated in the migrant pact including liberalizing policies towards dissent – an issue that falls in stark contradiction to Turkey’s post-coup purge that has seen nearly 100,000 individuals removed from the civil sector and tens of thousands arrested on suspicion of involvement in the coup plot.

Turkish Prime Minister Binali Yildirim signaled that Ankara expects its residents to receive visa-free travel into the EU’s Schengen Zone beginning in October based on actions Ankara has taken in fulfillment of the refugee agreement, but the EU Commission report is expected to say that Turkey has fallen short of their commitments.

Erdogan has said that if Brussels denies Turkish citizens visa-free travel by October then he will retaliate by withdrawing border guards allowing millions of migrants to flood into Europe.

"We all should implement all three of these agreements. It’s not right to say: 'Let’s implement the deal that favors the EU, but not the one favorable to Turkey.' It’s not fair," said Cavusoglu. "Unless a date is given for visa-free travel, we will not implement new mechanisms, such as the readmission deal."

Last month German Foreign Minister Frank-Walter Steinmeier effectively sealed the fate of the deal by saying that there was "no basis" for talks between Turkey and the European Union in light of the major human rights abuses perpetrated by the Erdogan regime during the purge.

The deal called for all migrants travelling to Greece to be returned across the Aegean Sea into the care of Turkish migrant camps. The EU agreed to take one Syrian from migrant camps in Turkey for every one sent back with Europe having the option of selecting those refugees who have work skills that meet the needs of the European economy.