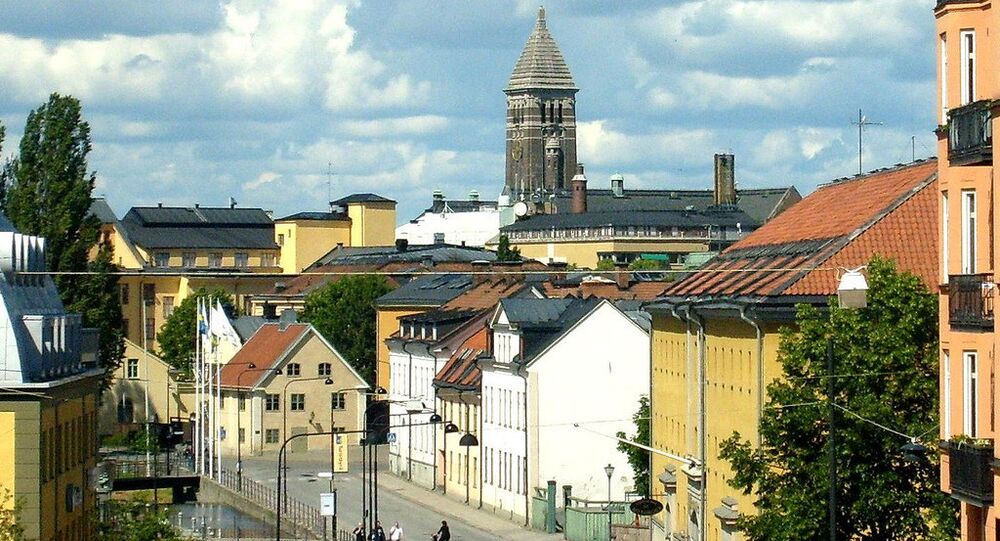 Residential areas of the Swedish cities of Borlänge and Norrköping suffered through a dramatic weekend of unrest: cars were set on fire, and when the cities' police and fire brigades arrived at the scene, they were pelted with rocks. This is only one link in a long chain of events that have plunged once-stable Sweden further into chaos.

© Flickr / Heinrock
The Seamy Side of Welfare Society: Sweden Gripped by Gangland Violence
Sweden has recently seen a wave of unhinged aggression against law enforcement officers. Both the police and state social service professionals admit that attacks against police and public safety personnel have increased throughout the country. In addition to hurling stones, criminals have been reported to have resorted to using hand grenades and knives, the tabloid Expressen reported.

© Flickr / Tommie Hansen
Sweden's Snow Job: Migrants Spark Housing Problems, Spur Unemployment
As early as last year, Swedish police released a report identifying 55 areas that were particularly affected by organized crime. However, for police officers who work in the blighted new ghetto areas which have mushroomed around the country in lockstep with its surging non-white minority population, violence has become an everyday reality. Peter Johansson, a municipal policeman in Norrköping, maintained that the stone throwing is largely instigated by big time criminals who engage in drug trafficking, whereas Jörgen Karlsson, a local police chief in Järfälla outside Stockholm, admitted that another pattern has become distinct.

"The common denominator is that such events take place in the socio-economically disadvantaged areas where there are large groups of underprivileged youths turning criminal," he told Swedish Television.

© REUTERS / Stig-Ake Jonsson/TT News Agency/Files
Sane Asylum: Sweden to Deploy Security Guards at Accommodation Centers
Earlier, Karlsson was tasked with keeping the peace in Stockholm's most troubled and ghetto-riddled suburbs: Tensta, Rinkeby and Husby, where the proportion of first and second generation migrants hovers at around 90 percent. According to him, car fires and stoning assaults directed at law enforcement officers have become an everyday occurrence.

"If you work in this type of area, you have to be mentally prepared for an emergency. You can imagine yourself how it feels to always bear in mind that a stone may fly through the car window anytime while you are on an emergency assignment," Karlsson said.

© Flickr / Sonny W.
Ghetto Fabulous: Slum Tourism Provides Peek at Copenhagen's Immigrant Districts
Last weekend's events are known in the country as "police fishing," a phenomenon that Swedish police have become well-acquainted with lately. The idea is that the culprits lure the police or emergency services workers in with a false alarm or arson to be able to attack them. Remarkably, Sweden's Crime Prevention Council (Brå) does not compile any statistics on attacks against public safety personnel, since it lacks a corresponding classification of crimes. The police also lack a national registry on how the issue has evolved over time.

Ulf Johansson, a regional police chief in Stockholm, regretted the recent development, in that it left public safety personnel vulnerable and exposed.

"You cannot just be punitive. The basic concept is dialogue and cooperation with the good forces among the locals," he told Expressen.

© AFP 2020 / JONATHAN NACKSTRAND
Do the Right Thing: Norway Hopes to Sidestep Emergence of Ethnic Ghettos
Johansson's 'benevolent' concept of eradicating crime was mirrored by Sweden's Interior Minister Anders Ygeman, who admitted that criminal activity was thriving, but refused to accept the notion of "no-go zones."

"Reversing the trend in these areas requires first and foremost more police officers. However, it is also a task for the rest of the society to show a positive way out for the socially underprivileged. The last thing to do is to pretend that there are no problems," Ygeman told Expressen.

The scale of last week's tumult was particularly reminiscent of that of May 2013, when violence dramatically escalated in several Stockholm suburbs. The riots began in Husby, when over 100 cars were set on fire. The following day, the riot spread like a wildfire to engulf more areas in Stockholm and also other cities in Sweden. Police efforts associated with those riots cost Sweden's state coffers 10 million krona (roughly 1.2 million dollars), or five times more than a normal week, and 32 police officers were injured.