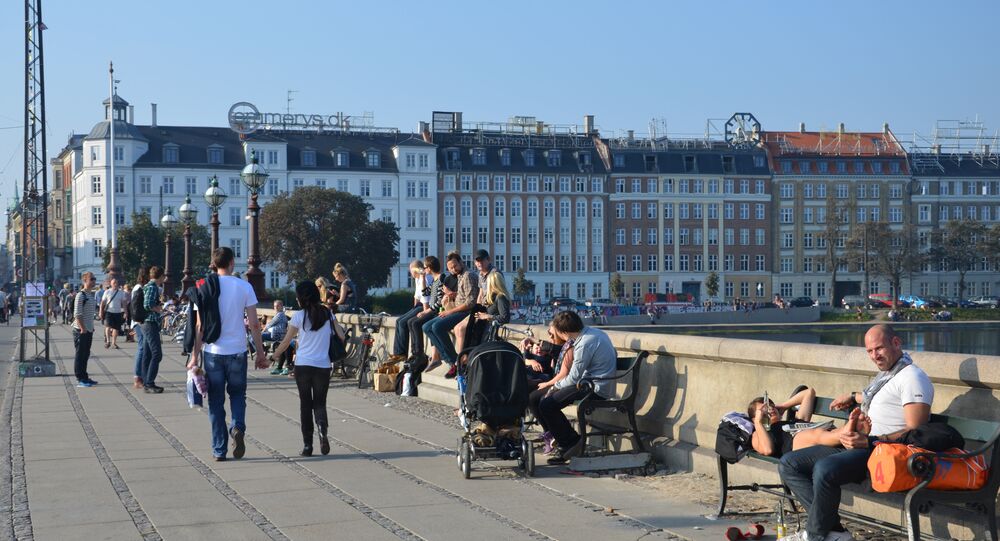 Despite a quiet and seemingly joyful appearance, Copenhagen turns out to have a morbid side amid the ongoing refugee crisis. The Danish capital's migrant-dominated district of Nørrebro has been ravaged by young foreign-bred thugs who indulge in harassment, intimidation and extortion.

© Flickr / lukestehr
Out! Copenhagen Evicts Notorious Islamist Organization
Firecrackers hurled through doors, bicycles thrown against shop windows and windows smashed with cobblestones are only some of the things that owners in Nørrebro were reported to have experienced. The migrant hoodlums also demanded 60,000 kroner (roughly 10,000 dollars) in protection money. Also, they supposedly proclaimed that Nørrebro was then under sharia law, so alcohol should not be drunk, Radio24syv reported.

Remarkably, as the police, which are supposed to clamp down on gangland crime, have proved uninterested in seeing CCTV footage of the incident, let alone able to uphold law and order.

"We have to seize these young men with fingers in the cookie jar, which gives us a hard time. But we have many things to take care of in Nørrebro, and we only have the resources we have," Veje said.

© Flickr / Sonny W.
Ghetto Fabulous: Slum Tourism Provides Peek at Copenhagen's Immigrant Districts
Following these incidents, Danish Integration Minister Inger Støjberg rushed to the multiethnic district to address the locals' complaints of crime and anonymous vandalism, yet found herself in a quite distressing position, resembling that between the hammer and the anvil. Two Danish women called her a "Nazi" and a "fascist" (and were later stopped by the police for disturbing public order by swearing at the minister), whereas a number of young disaffected non-ethnic Danes voiced their discontent with the government policy on immigration.

"You all have opportunities. All you need to get on and find a job is education," Støjberg told the crowd, according to a report in the tabloid BT.

© Flickr / Heinrock
The Seamy Side of Welfare Society: Sweden Gripped by Gangland Violence
Regrettably, gangland crime in migrant enclaves of Scandinavia is not exactly a new problem. Back in 2012, Café Viking in Nørrebro made headlines in connection with threats and attempted extortion. Shortly thereafter, it was agreed that authorities should prioritize reports of intimidation and extortion against businessmen. However, things are still pretty much where they started.

Nørrebro is largely hailed as one of Denmark's most multicultural districts, with roughly 30 percent of its population being of foreign descent.