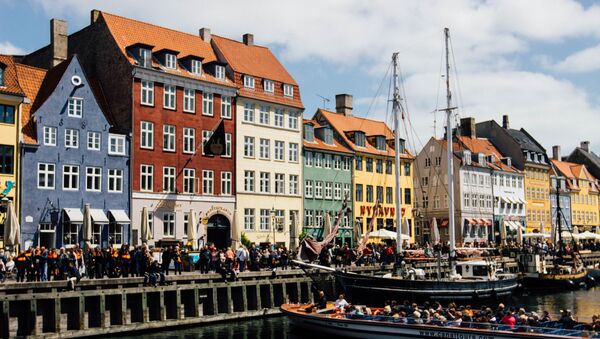 © Flickr / lukestehr
Subscribe
Copenhagen Municipality informed the Islamic organization Hizb ut-Tahrir that it is no longer welcome to use state-funded rooms and locations for its meetings and dealings, thus marking the end of Denmark's long-drawn-out legal battle with the notorious Islamists.

The doors to taxpayer-funded facilities have finally been shut for the notorious Islamist organization after years of failed attempts by the state of Denmark in an uphill battle against the Islamists' tirades against Jews, homosexuals and Western democracy.

"I am a very happy man. Now we can finally ban extremists and subversive organizations from using the municipal offices," Copenhagen Deputy Mayor for Culture and Leisure Carl Christian Ebbesen of the Danish People's Party told the news outlet Altinget.

Pain or Gain? Hesitant Denmark Ponders if Migrants are a Setback or a Boon
The eviction of Hizb ut-Tahrir is one of the practical consequences of the new government agreement among the Social Democrats, the Socialist People's Party, the Liberal Alliance, the Conservatives and the Danish People's Party to crack down on extremist religious preachers. Under the agreement, municipalities must stop providing support or leasing premises to associations that undermine democracy and fundamental human rights and freedoms.

"The government will no longer be a fool with its own money," Culture Minister Bertel Haarder of the Liberal Party said, ensuring that the new law may also be used against the notorious Grimhøj Mosque in Aarhus, which last year made international headlines by declaring its support for Daesh and encouraging its flock to stone adulteresses to death.

'Recipe for Integration'? Segregated Swimming Hours Big Hit in Denmark
Hizb ut-Tahrir, which numbers around one million members around the world and was started in 1953, aims at replacing democratic society with a caliphate and establishing the radical Islamic sharia law; it has already been banned in a number of countries, including Germany, Russia, Turkey and all but three Arab nations.

Hizb ut-Tahrir first came to Denmark in 1990 under the name of Khalifa or Khilafah, which is still the name of their magazine. According to various estimates, the notorious organization has several hundred active members and sympathizers. However, Denmark has been struggling with the association since 2002, when the first proposal to forcibly dissolve Hizb ut-Tahrir was submitted.

In August 2006, Hizb ut-Tahrir's spokesperson in Denmark was found guilty of threats against the then Danish Prime Minister Anders Fogh Rasmussen. In 2007, a kindergarten in Copenhagen was reported being run in line with the ideology of Hizb ut-Tahrir.