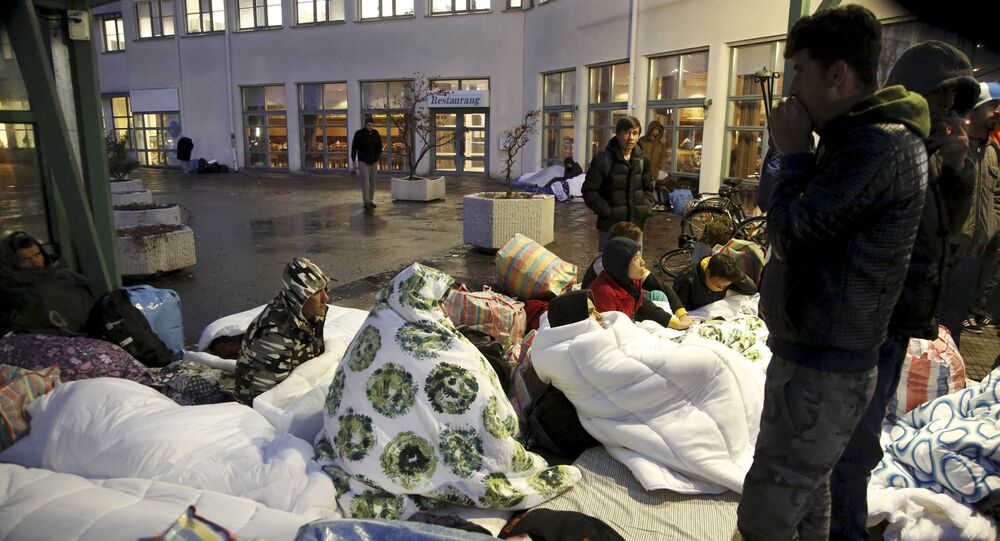 After the recent explosion of violence that engulfed Sweden following an unprecedented influx of asylum seekers from the Third World, Swedish police now seek to deploy security guards at 60 refugee accommodation centers around the country.

© Flickr / dtsomp
In the Red: Sweden Heading Towards Deep Economic Crisis
"The security guards must be the police's "extended arm" and contribute to maintaining law and order" Mats Kirestam, police chief in central Sweden, said in a statement on the police website.

Around New Year, the police gave the Migration Board the right to deploy security guards at around 30 accommodation centers, citing, among other issues, assaults with or without knives, blackmail, intimidation, fights between asylum applicants, vandalism and suicide threats. According to a recent survey by the police, competent security guards are compulsory in a larger number of places than the Migration Board had previously identified.

© AFP 2021 / JONATHAN NACKSTRAND
Sweden's Police Short on Staff, Funds Amid Refugee Chaos, Terrorist Threat
According to the police, a number of the refugee accommodations are remotely situated and it takes law enforcement officers a long time to arrive in the event of an emergency situation.

"Security guards must be either on the spot or be able to visit accommodations on a regular basis. This will create a soothing and calming effect in the event of a disturbance," Mats Kirestam said.

The Swedish police, which at present suffers from severe understaffing and a drastic lack of funds, acknowledged that it was increasingly dependent on non-staff security guards to uphold safety and security.

"The security guards will mostly work for preventive purposes, but they will also have an opportunity to intervene and the power to take care of troublemakers," Mats Krisestam said.

© AFP 2021 / JONATHAN NACKSTRAND
Do the Right Thing: Norway Hopes to Sidestep Emergence of Ethnic Ghettos
Since last fall, the number of refugee-related crimes has risen steadily in Sweden, and included robbery, gang rape and murder. A number of cases made international headlines, such as the murder of social worker Alexandra Mezher, who was stabbed in the back when she tried to break up a fight between two adolescent asylum-seekers at a migrant center in Mölndal, or the notorious gang rape on a ferry to Finland.

Remarkably, Swedish media tends to be rather overzealous in its eagerness to enforce its ethical rules. According to house rules in the mainstream Swedish media, stressing a person's ethnic origin or nationality should be avoided if "not pertinent" to the case, which most often leads to foreign culprits being portrayed as "Swedes."