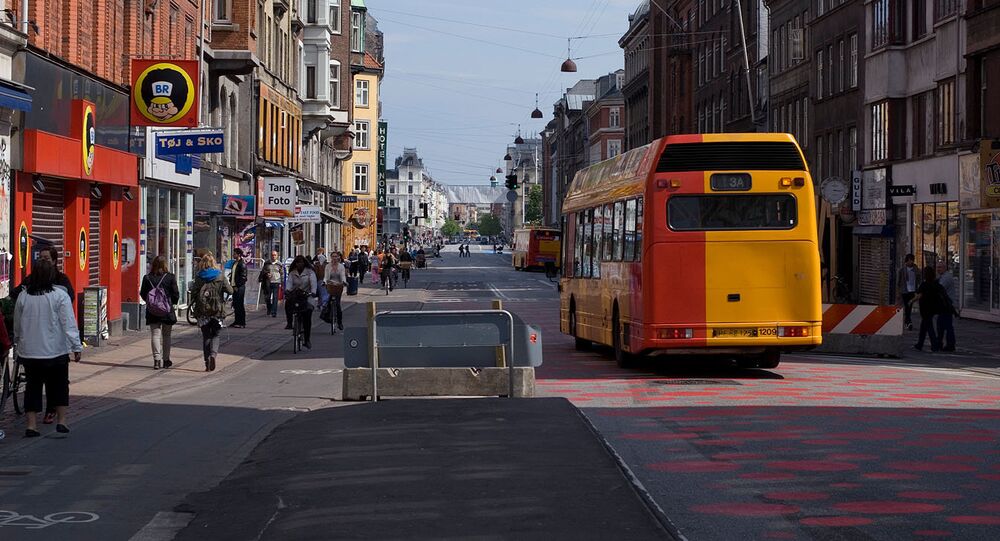 Europe is becoming increasingly multicultural and Denmark is no exception to the rule. Recently, a group of "New Danes" have started a company which offers guided tours to the immigrant enclave of Ydre Nørrebro in Copenhagen, which has earned itself a bad reputation.

© AFP 2020 / JONATHAN NACKSTRAND
Do the Right Thing: Norway Hopes to Sidestep Emergence of Ethnic Ghettos
Guided tours are being offered of areas of Copenhagen which are generally associated with trouble. Ghetto Tours is a project started by young volunteers from RCYN (Resource Centre Nørrebro District), a place where young locals can get help with homework or start their own projects, such as filmmaking or recording music, the newspaper Berlingske reported.

The idea of the project is, according to Anoir Hassouni, director of RCYN, to allow first-generation immigrant kids to openly talk about their everyday lives, their community and their ideas, and thus alleviate the segregation of the Danish society into "us" and "them."

© REUTERS / Scanpix Denmark
It's Crime Time! Copenhagen Swamped With Foreign Criminals
During the trip, the tourists are shown local sights and provided an ironic insight into a completely different existence, where various immigrants continue to live separately according to their country of origin, such as the so-called "Turkish yard" (its name is self-explanatory). During the trip, Valkyriegade Street is referred to as the "the bridge between us and you."

"It's really cool to meet all these enthusiasts, it gives one hope. I have lived in Copenhagen for many years, but now I really feel that I have experienced a neighborhood, I did not know so much," Maj Fagerberg, one of the participants on the "maiden" trip, told Berlingske.

Slum tourism or ghetto tourism is a type of tourism that involves visiting impoverished, dangerous or ethnic areas. Originally focusing on the slums of London and Manhattan, slum tourism is now becoming increasingly prominent in many places, including India, Latin America, former industrial areas such as Detroit, and many others.

School in Denmark Forbids Students From Wearing Niqabs in Class