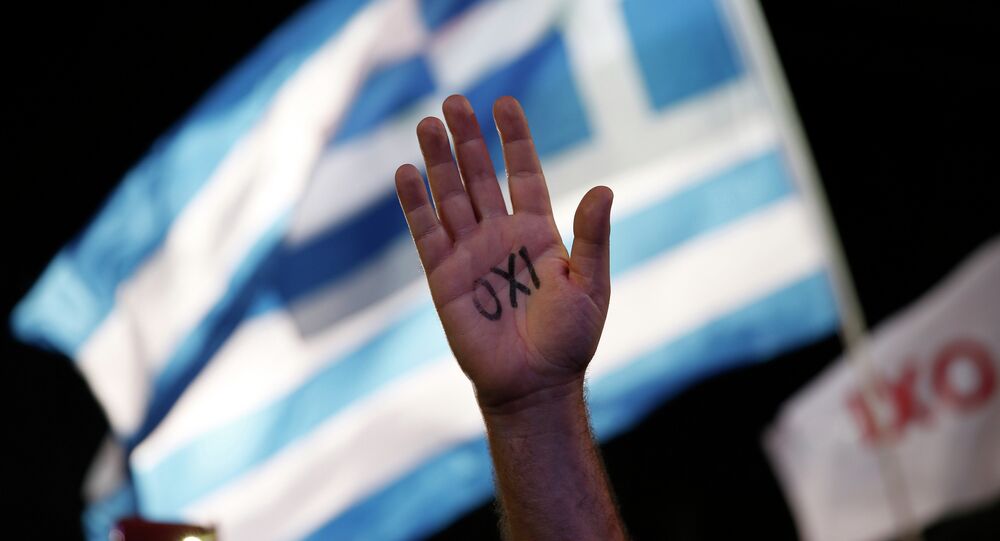 The IMF and the EU once again are forcing the bitter pill of austerity down the throats of the Greek public with German creditors calling for even harsher terms.

On Monday, the latest round of Greek bailout talks hit an impasse, with no deal expected from a special meeting of eurozone finance ministers on May 9, according to two sources close to the talks.

Sources indicated that discussions faltered when the parties failed to agree on new austerity measures ahead of Greece’s third bailout. Additionally, Athens has requested more time to prepare contingency measures in case it misses fiscal targets under the bailout agreement.

"We’re making slow progress," one of the sources commented. "I wouldn’t expect a final agreement at the May 9 meeting. That’s too soon. There are some weeks to go after that."

Athens continues to resist proposed austerity measures under the bailout, citing increased domestic unrest which has turned a once comfortable economy into the eurozone’s worst.

Nonetheless, Athens faces pressure to accept an agreement with EU and IMF officials prior to  Britain’s June 23 Brexit referendum. If British voters favor exiting the European Union, the economic and political union could face depressed access to capital, exacerbating the Greek crisis and forcing the country to borrow funds under ever more adverse conditions.

© AP Photo / Tolga Bozoglu, Pool
German Comic: Merkel ‘Filleted Me’ and ‘Served Me Up for Tea’ to Erdogan

Another source suggested that the primary impasse to the bailout agreement comes not from Athens, but from Berlin. Germany, the biggest European creditor, argued that Greece does not need debt relief, suggesting that Athens is intentionally shirking on their financial obligations.

Monday’s developments represent a major setback after the chairman of eurozone finance ministers, Jeroen Dijsselbloem, announced last week that an agreement was close, in calling for an extraordinary meeting of the finance ministers on May 9.