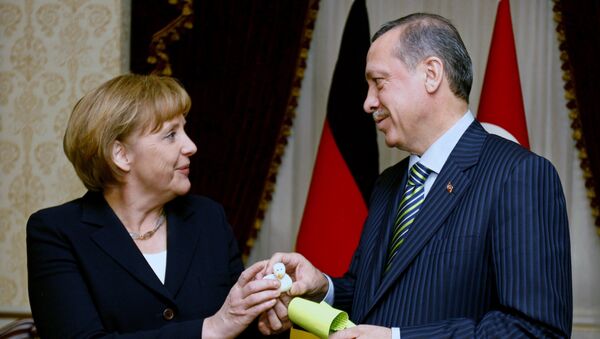 © AP Photo / Tolga Bozoglu, Pool
Subscribe
International
India
Africa
Breaking weeks of silence, the popular German comedian Jan Boehmermann blasted the German Chancellor for placing the whining of a “despot” above freedom of speech in her own country.