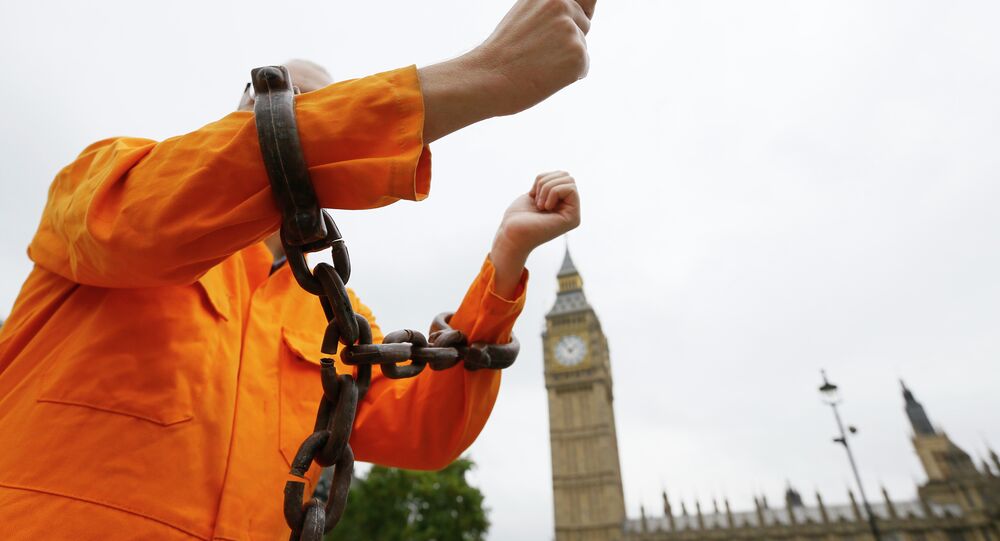 A man released from Guantanamo Bay jail has claimed former British Prime Minister Tony Blair flew on the same aircraft as a British intelligence official who had witnessed his torture by American soldiers.

Shaker Aamer who lived in the UK with his family, was held without charge in Cuba for 13 years, at the American prison camp in Guantanamo Bay.

Here's to you Shaker Aamer, rebel of Gitmo. Welcome back to the world pic.twitter.com/C7ZLhU5jU3

Mr Aamer told London newspaper, Mail on Sunday, that three British plain-clothed officials flew with Tony Blair to Bagram airbase in Afghanistan, where he was being held. Mr Aamer claims at least one official witnessed him being beaten by interrogators before he was transferred to Guantanamo Bay.

He told the newspaper that a blonde-haired official with a "posh English accent" was in the room where he had his head slammed against a wall whilst shackled to a chair. The British official allegedly did not intervene.

In a separate interview with the BBC, Aamer said: "I have no doubt he is an Englishman, because the way he spoke, the way he is very careful, the way he was sitting far away, looking at me."

It is unbelievable how Shaker Aamer hasn't even received an apology, our government party to barbaric torture! #victorialive

Shaker Aamer was the last British resident of Guantanamo Bay. The US military had classified Aamer as a threat, claiming he led a Taliban unit. Aamer was held for 13 years without charge.

Speaking to reporters following his release, Aamer called for British officials to come clean about the treatment of Guantanamo Bay detainees.

Heart-breaking to hear Shaker tell of his torture on @VictoriaLIVE —so hard to bare that this was done 2my friend. How his family must feel!

"They know, all of them, they know what they were doing. Because I mean, if these guys are the head of the state, they don't know, who's supposed to know?" Aamer asks.

A British government spokesman said: "We do not participate in, solicit, encourage or condone the use of torture or cruel, inhumane or degrading treatment or punishment for any purpose."

A spokesman for Tony Blair said:

"Tony Blair has always been opposed to the use of torture; has always said so publicly and privately; has never condoned its use and thinks it is totally unacceptable."

The release of Shaker Aamer and the allegations that Britain's former Prime Minister was aware of his treatment — and torture — at Guantanamo Bay — will increase pressure on Tony Blair to reveal exactly what he knew about Aamer's detention — and many others.