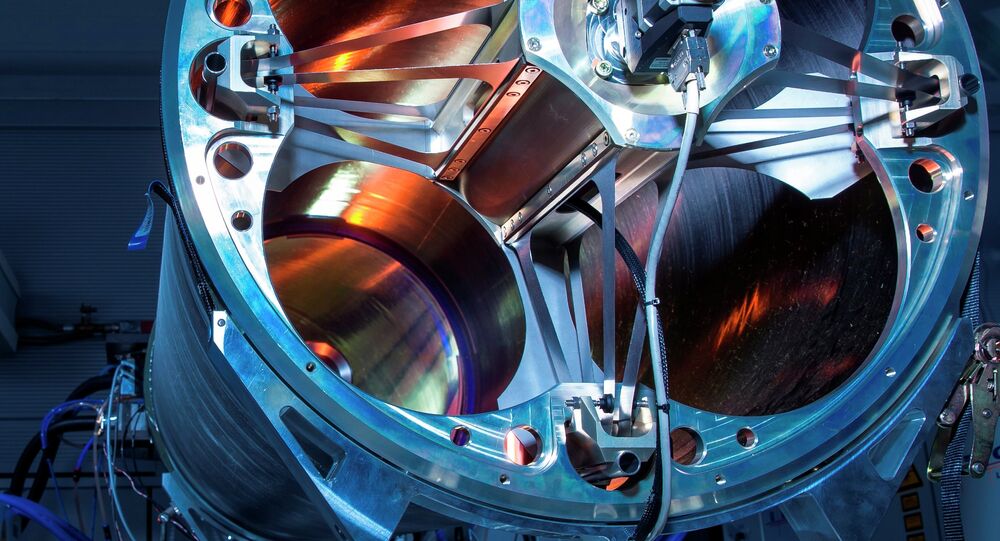 The Japanese government, concerned over the potential threat of terrorist-operated drones, is showing interest in an experimental laser weapon that can shoot the unmanned aerial vehicles out of the sky.

Japan is scheduled to host the Group of Seven summit next year, and organizers want to make the event, which will bring in diplomats from around the world, as secure as possible. For help, Japanese leaders are looking at a new weapon made by German missile manufacturer MBDA Deutschland.

YouTube/Snapshot
Terrorists May Use Commercial Drones for Chemical, Biological Attacks

MBDA's weapon can destroy a small drone from a distance of 500 meters (about 545 yards) in less than four seconds, and it is so small that it can be mounted onto a vehicle and transported just about anywhere, reports Nikkei Asian Review.

The weapon automatically tracks and locks onto flying targets. When it comes time to fire, the device produces four beams that merge to form a single beam. In an MBDA video shown at an international air show in Paris earlier this month, the weapon targeted and shot down a drone in a process that took just 3.39 seconds.

MBDA said a 2013 incident at an election event held in Dresden, in which a mini drone crashed close by German Chancellor Angela Merkel, shows the need for the weapon.

"You can buy [drones] on the internet and easily put explosives on them, but there is no efficient protection against them," Markus Martinstetter, of MBDA, told Defense News.

In France alone, more than 60 overflights by such craft over strategically significant locations have been reported since October 2014, Daily Mail reported.

In Japan in April, a man landed a drone carrying mildly radioactive material on the roof of the prime minister's office. That incident is surely still fresh in the minds of Japanese officials as they prepare for the G-7 summit in Mie Prefecture in May next year and the 2020 Tokyo Olympics.

Today's countermeasures include shooting drones down with shotguns or with high-pressure blasts of water – techniques that are effective only at close range, among other drawbacks.

MBDA plans to increase the weapon's range from 500 meters to five kilometers (about three miles) by the time it reaches operational status within the next five years.