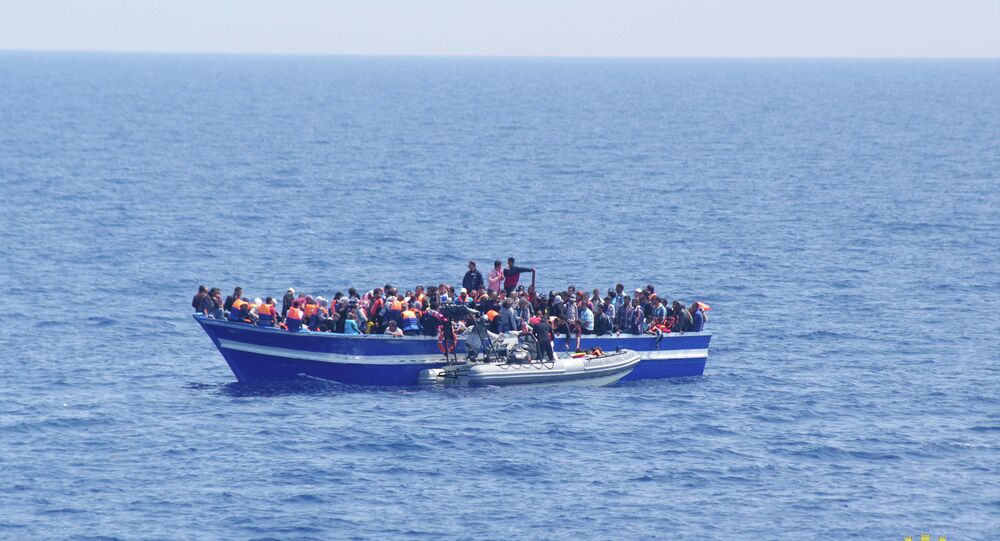 Record numbers of people from Africa, Asia and the Middle East attempt the perilous journey across the Mediterranean Sea each year to reach Europe.

Almost 90 percent of those crossing the sea begin their journey in Libya where human trafficking gangs work with almost complete impunity. The boats used to smuggle people are as valuable as the human cargo on board, and huge sums are paid to human traffickers to get them to Europe.

The situation is a desperate one — men, women and children so determined to leave their old life that they risk losing it on board a wooden boat.

And at the beginning of the summer season, traffickers are also showing signs of desperation after Libyan people smugglers threatened an Icelandic vessel, rescuing people form a wooden boat, with gun fire.

The recent rescue operation 60 miles off the Libyan coast was forced to wind up swiftly after a speedboat carrying smugglers fired weapons into the air before fleeing with the boat used to transport the migrants.

"The war changed everything. Was there really an alternative to this dangerous sea journey?” http://t.co/eCEV5nV8aK pic.twitter.com/6GeCeUr1dP

"This is a sign that smugglers in Libya are running short of boats," said Fabrice Leggeri, executive director of Frontex, the European Union border agency. Leggeri suggests that the smugglers "are more willing to use weapons to recover those used to transport migrants."

And it's not the first time the route dubbed the 'Mediterranean graveyard' has become as dangerous for the rescuers as it is perilous for the migrants.

In February, Italian coastguards were met by armed traffickers who forced them to hand over the migrant boat before the rescue operation finished. The boats are usually impounded by EU authorities in order to investigate human trafficking rings.

According to Human Rights Watch, 20,000 people have died attempting to make the crossing in the last decade. 2014 was the deadliest on record.

Of the 200,000 migrants and refugees who crossed the Mediterranean, for 3,400 the journey would prove to be their last.

The Mediterranean: Graveyard of Hopes and Dreams