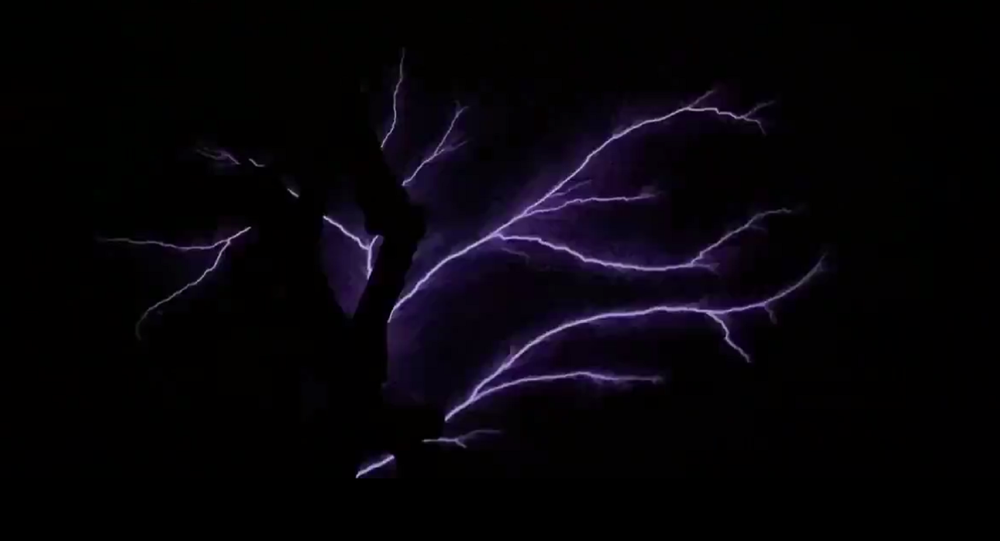 The rare weather phenomenon, which looks very similar to lightning, was said to have been captured by a military plane from the 99th Squadron of the UK Royal Air Force during a nighttime flight through the Inter-Tropical Convergence Zone (ITCZ) near the equator.

The UK Royal Air Force’s Number 99 Squadron released on Monday footage of a rare weather phenomenon, known as “St. Elmo's Fire”, captured by the aircrew of a Boeing C-17 Globemaster III near the equator.

The Number 99 Squadron tweeted that the incident took place while the C-17 was passing through the Inter-Tropical Convergence Zone (ITCZ).

“This is what the office looks like to a @99Sqn C-17 crew navigating their way through the ITCZ (Inter Tropical Convergence Zone) at night!” the RAF tweeted. “The electrical weather phenomenon of St Elmo’s Fire isn’t dangerous, but it usually means you’re surrounded by storms!”

This is what the office looks like to a @99Sqn C-17 crew navigating their way through the ITCZ (Inter Tropical Convergence Zone) at night! The electrical weather phenomenon of St Elmo’s Fire isn’t dangerous, but it usually means you’re surrounded by storms! ⚡️#99Sqn #C17 #RAF pic.twitter.com/d1YrWUqMMR

St. Elmo's Fire, named after St. Erasmus of Formia, is not lightning, but looks similar. The rare phenomenon, also known as a corona discharge, appears within a strong electric field in the atmosphere and is often accompanied by a “cracking or hissing noise”, according to the Encyclopedia Britannica.

St. Elmo's Fire is “commonly observed on the periphery of propellers and along the wingtips, windshield and nose of aircraft flying in dry snow, in ice crystals or near thunderstorms,” according to the text of the encyclopedia.

Chilly With a Chance of Iguanas: NWS Warns Floridians to be Ready for Unusual 'Weather Phenomenon'

'Angel in the Sky': Rare Natural Phenomenon Captured on Photo in UK