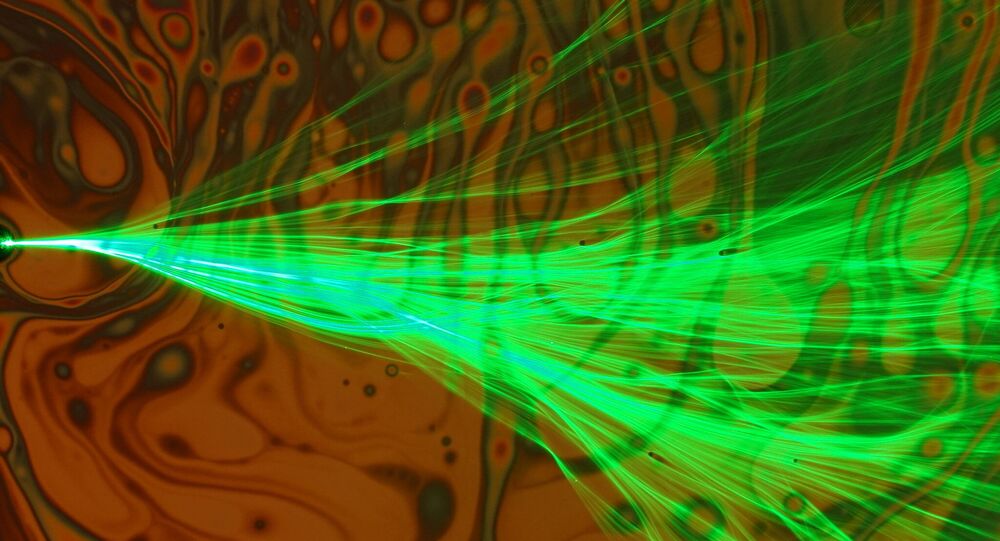 The so-called branched flow process was discovered in 2001, but this is the first time that scientists are able to see it in visible light and capture it on camera because previously the process was only witnessed through the flow of electrons, sound waves, or ocean waves.

Scientists from Israel’s Institute of Technology Technion say they've witnessed the never-before-seen branched flow process, which could lead to new a area of physics. According to a study, published on 1 July in the journal Nature, researchers accidentally witnessed the process, while they were examining how light behaves around curves.

During the tests scientists shot a laser beam through membranes of big soap bubbles. This is when they observed the "beautiful" process in action, during which light breaks up into smaller channels that look like branches of a tree, hence the name branched flow. At first, researchers were stunned by what they saw and thought the sighting was an accident, but upon closer examination it dawned on them that they had made a scientific breakthrough.

"The important moment was when we understood what we had in front of us. Before that, it was the beautiful outcome of an experiment, but then it became meaningful in scientific terms", Moti Segev, Robert J. Shillman Distinguished Professor of Physics, atTechnion told the Times of Israel, adding that the discovery will lead to a new area of physics.

Segev said the light in branched flow could be used in medicine, in particular, for detailed examinations of blood vessels and veins. It could also be used to "steer the flow of liquid" inside the body to cure some health issues.

He noted that one cannot witness the process by simply shining light through soap bubbles at home as one would need a fibre-optic light and to hold bubbles still, but stressed that science enthusiasts with lab equipment could easily recreate it.