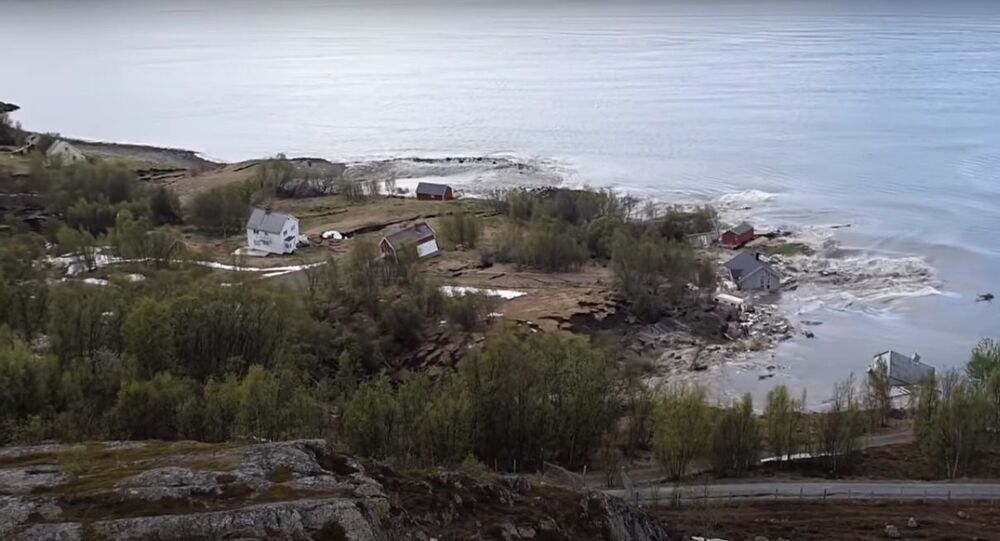 A landslide in the far north of Norway swept eight buildings into the sea on Wednesday; a local has captured the destruction in a dramatic video.

A 800-metre-long and 40-metre-high landslide occurred on the western side of Kråkneset and hit the Arctic town of Alta, damaging eight houses and communications with no human injuries.

​The instability continued for several hours, during which one person was evacuated from a nearby property, but there have been no reports of injuries, bar a dog that was swept away. However, the dog survived both the mudslide and the cold swim.

“The dog that was taken by the slide and swept into the sea, rescued itself, swam ashore and is alive”, Torfinn Halvari of the local Finnmark police said.

On-site crews are still working to assess landslide security or the danger of new landslides, he added.

Local man Jan Egil Bakkeby recalled hearing a bang in the cabin where he and his wife Grethe Pedersen had stayed overnight. He quickly left the cabin and saw his house being swept into the lake from afar, where he also filmed the calamity.

“I had just cut myself two slices of bread when I heard the crack in the cabin. At first I thought there was someone in the loft, but then I saw out of the window that the power cord was smoking and then I understood that it was a landslide,” Bakkeby told local newspaper Altaposten.

The town of Alta is located in the country's northernmost Finnmark County and has 15,000 inhabitants.