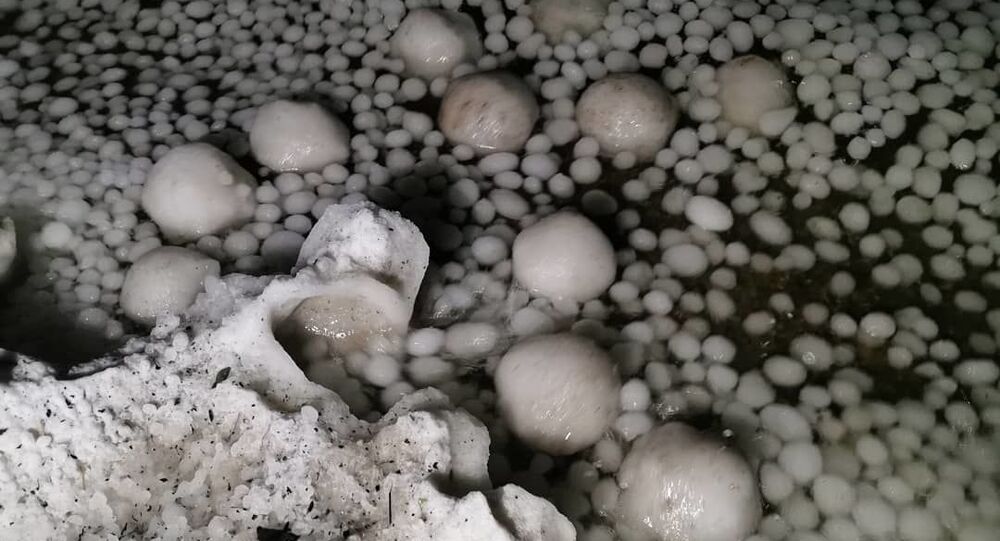 Scores of ice balls were seen floating on the beach of a Finnish island in the Bay of Bothnia, following previously seen phenomena, including ice “eggs” and ice “stacks”.

Dozens of near-perfectly shaped ice balls have appeared on Ohtakari island, wowing the inhabitants of the town of Kokkola on Finland's west coast.

The balls were seen ebbing and flowing in the shallow waters, making faint jingling noises. The phenomenon captured the attention of curious laymen and scientists alike.

Local resident Juha Salo told national broadcaster Yle that he had witnessed a similar mass of ice balls in January 2018. While those balls were up to one metre in diameter, this year's harvest saw smaller formations.

Ice specialist Patrick Eriksson of the Finnish Meteorological Institute (FMI) speculated that the balls form under specific conditions of air, water and temperature, when small pebbles moved around by the waves begin to gather ice. After expanding, they take on a smooth round form after rolling around the seafloor. However, questions about the consistent size of the balls remain.

Salo said he cracked one of the ice balls, only to discover a bit of sand, around which the ice had grown.

Earlier this year, a similar marine phenomenon in the shape of eggs was observed at Hailuoto island in Northern Ostrobothnia, bewildering locals, catching international attention and sparking many theories about their origin.

According to Eriksson, the latter are not unusual and are in fact quite common along the western coast, unlike the inner waters of the Finnish archipelagos.

Similar sights have been reported in many parts of the globe, including Siberia in Russia and Lake Michigan in the US.