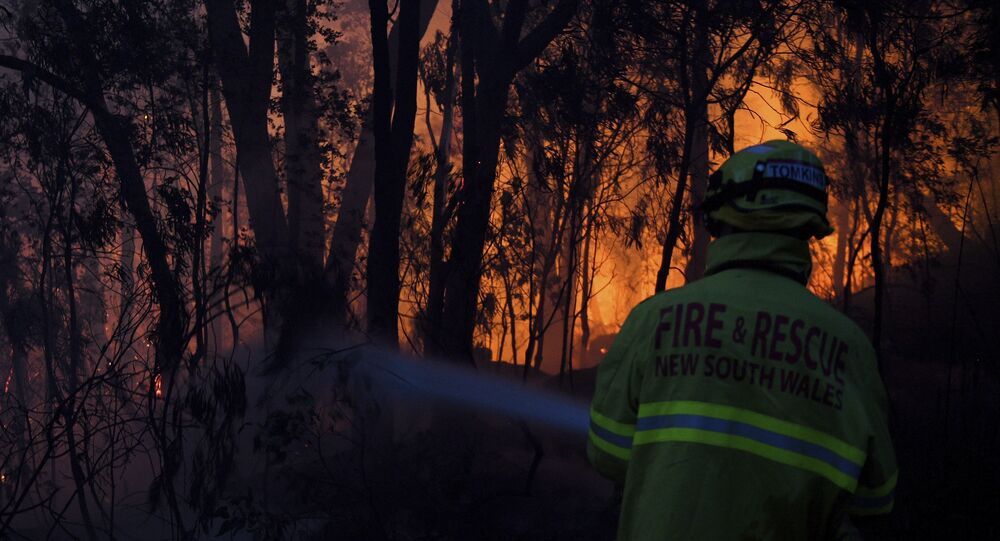 The New South Wales Department of Environment on Thursday declared that the bushfires and associated smoke and dust have resulted in “some of the highest air pollution ever seen” in the country.

According to a department spokesperson, Australia has “has experienced other periods of poor air quality that lasted several weeks, including the 1994 Sydney bushfires and the Black Christmas bushfires of Dec 2001-Jan 2002.”

"This event, however, is the longest and the most widespread in our records,” the spokesperson noted.

Australia has faced hundreds of bushfires since September, causing extremely hazardous air conditions, especially in the east and southwest parts of Sydney, the capital of New South Wales.

Fine particulate matter consists of microscopic solids and liquid droplets in the air that are small enough to be inhaled and even absorbed by the bloodstream, according to the World Health Organization (WHO).

​According to the New South Wales Rural Fire Service (RFS), there were more than a dozen fires burning in Sydney and at least another 100 across the rest of New South Wales on Thursday. Around 70 fires across the southeastern region of the country are currently uncontained due to high temperatures and low humidity.

“Today will be a long and challenging day,” the RFS said Thursday, the Guardian reported. “High temperatures and strong winds will make conditions dangerous at many of the 100-plus fires burning across NSW.”

Windy conditions are expected to exacerbate the weather conditions into Friday.

​According to an Australian government webpage on fires, bushfires and grassfires are frequent occurrences in the country. While grassfires typically only last a few seconds to a few minutes, bushfires are “generally slower moving but have a higher heat output.” Such fires are common in Australia due to the country’s natural ecosystems; many of Australia’s native plants “are very fire prone and very combustible.”

​Although fires are common in Australia, this year’s blazes have been particularly intense, with more people than usual showing up at hospitals and medical centers due to breathing issues, according to government health officials, AFP reported.

Utility Company Set to Leave 1.5 Million Without Power in California Amid Wildfires