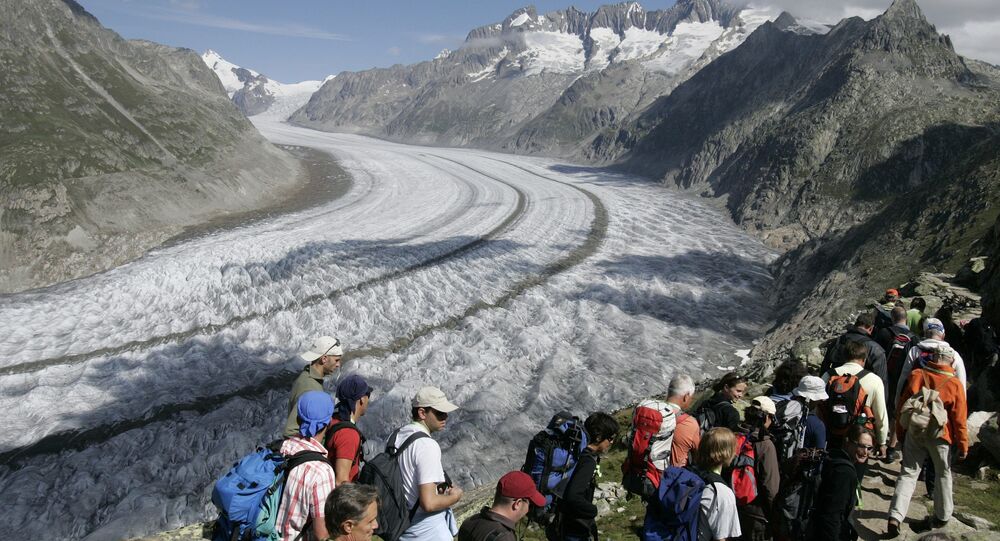 Switzerland’s Aletsch Glacier, the largest glacier in the Alps, could vanish by the end of the century due to climate change, according to a study published in the Journal of Glaciology Wednesday.

Using computer simulation techniques, researchers at the Laboratory of Hydraulics, Hydrology and Glaciology (VAW) at ETH Zurich (a university in Zurich, Switzerland) modeled the effects of climate change on the glacier using a three-dimensional model and climate data from the last few decades.

The researchers found that the 23-kilometer-long glacier’s volume and length could be reduced by as much as 60% by the end of the century, even in a best-case scenario in which global temperature increases by 2 degrees Celsius or less and there is a dramatic decrease in greenhouse gas emissions by 2040.

"Even in this case, we have to assume that the Aletsch Glacier will keep retreating until the end of the century … which means both ice volume and length will be reduced by more than half of what they are today,” researcher Guillaume Jouvet is quoted as saying by multiple sources.

However, in the worst-case, yet realistic scenario in which global temperatures increase by 4 to 8 degrees Celsius, the glacier could completely disappear by the end of the century.

“Our results confirm that a substantial wastage in ice volume and length of Great Aletsch Glacier has to be expected by the end of the 21st century, regardless the considered climate scenario,” the study concludes.

The Aletsch Glacier is a major tourist attraction in the Alps, according to myswitzerland.com.