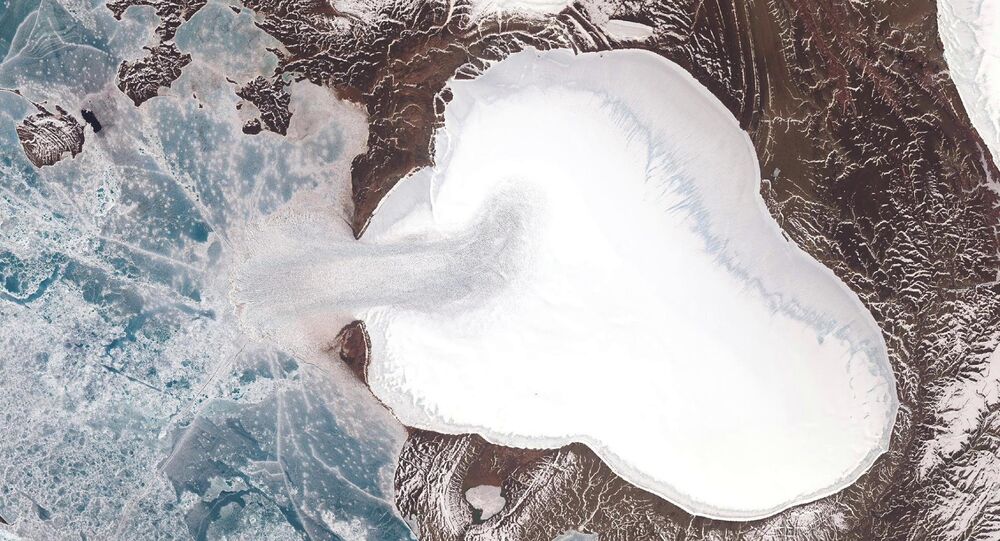 New observations of the Vavilov Ice Cap glacier in Russia’s Arctic territory have revealed that the massive ice sheet has radically increased its speed from some 60 inches annually to about 82 feet per day, according to NASA.

© CC0
New Climate Models Predict Earth Will Get Much Hotter, a Lot Sooner
Beginning its sudden surge in 2013, the rapid movement has climatologists rethinking the speed of melting glaciers in cold, dry areas of the Northern Hemisphere.

Previously catalogued as traveling some 60 feet annually, new research using satellite imagery shows that the arctic glacier has jumped up to moving over 80 feet a day, signaling changes in the speed of global warming, according to Weather.com.

Glaciers in extremely cold polar environments have been thought — up until now — to be very stable, typically receiving little moisture and rarely moving more than a few yards per year.

New studies of the Vavilov Ice Cap situated on October Revolution Island in the Kara Sea north of Russia's Siberian regions by University of Colorado Boulder glaciologist Michael Willis have revealed, however, that the glacier is now moving much faster that previously thought, according to NASA.

"The fact that an apparently stable, cold-based glacier suddenly went from moving 20 meters per year to 20 meters per day was extremely unusual, perhaps unprecedented," noted Willis, cited by Weather.com.

"The numbers here are simply nuts. Before this happened, as far as I knew, cold-based glaciers simply didn't do that, couldn't do that," the glaciologist added.

Landsat satellite imagery — collected since 1985 — show the observations to be accurate, according to NASA. Between 2000-2013, the Vavilov Ice Cap glacier crept along at a pace of some 60 feet a year, but, in 2013, the ice river began to rapidly accelerate, more than doubling the size of the ice shelf over the Kara Sea while concurrently thinning over land.

The rapid surge has raised additional concern for other high-latitude glaciers on a warming planet, according to Willis.

"This event has forced us to rethink how cold-based glaciers work," he noted.

"It may be that they can respond more quickly to warming climate or changes at their bases than we have thought," cited by Metro.co.uk.