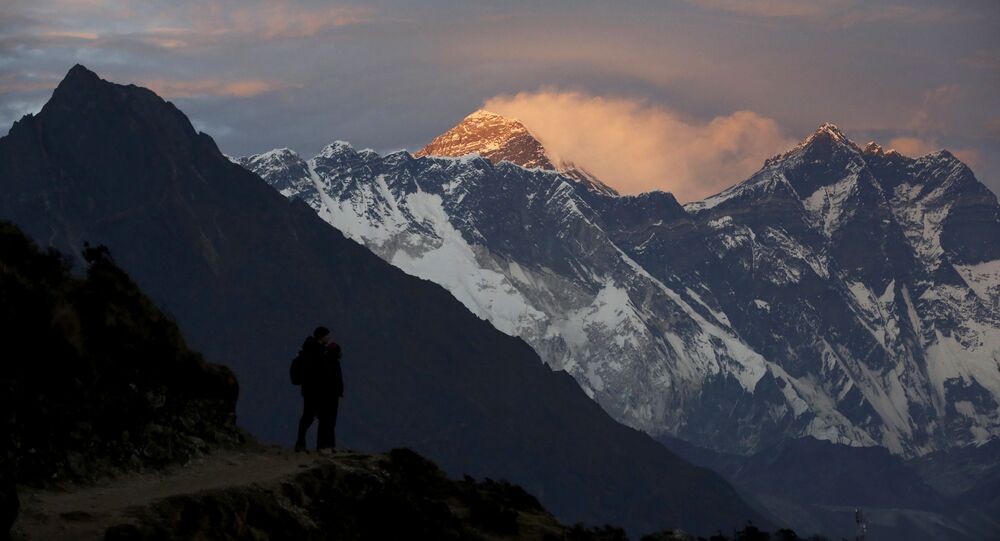 In an effort to cut down on waste left on Mount Everest and the surrounding area, lawmakers in Nepal’s tourist-heavy rural region of Khumbu Pasang Lhamu have passed legislation banning all single-use plastics.

Nepali authorities announced on Wednesday that, beginning January 2020, all plastics below 30 microns in thickness would be banned from the Everest region, also known as the rural municipality of Khumbu Pasang Lhamu.

The new legislation is aimed at preventing the massive amounts of man-made waste left behind every climbing season, which attracts over 50,000 tourists to the region annually.

"If we start now, it will help keep our region, the Everest and the mountains clean long term," Ganesh Ghimire, a local official, told AFP on August 21.

Ghimire and other officials in the region will be working with the Nepal Mountaineering Association, trekking companies and airlines to ensure the single-use plastic ban is enforced throughout the area.

Around six years ago, the Government of Nepal enacted a fee that required Everest climbers to pay a $4,000 deposit that would be refunded if they retrieved at least eight kilograms (almost 18 pounds) of trash from the mountain.

According to AFP, only about half of the climbers actually bring down enough trash required to recollect their cash.

As part of the Nepali Department of Tourism’s 45-day "Everest Cleanup Campaign,” a whopping 11,000 kilograms of trash were bagged and removed from the mountain back in June.

Man-made waste was not the only thing discovered on Everest - a number of bodies belonging to individuals previously deemed missing were also recovered.

According to Business Insider, some companies are even cashing in on retrieving the bodies of individuals who did not sign a waiver to allow their bodies to remain on the mountain. The outlet noted that the retrieval and return of the bodies to their home country can cost upwards of $70,000. Not only that, those sent to recover the corpses have been known to meet their own demise.

The past climbing season on Everest was especially deadly, with nearly a dozen climbers perishing on the mountain. A record total 885 people are said to have taken on Everest this season.

As a result, Ghanshyam Upadhayay, a Nepali Tourism Ministry official, informed AFP last week that lawmakers would review a new proposal that seeks to require Everest hopefuls to first tackle another mountain - with an elevation of at least 6,500 meters - in the region before attempting the iconic ascent. In comparison, Everest has an elevation of 8,848 meters.

"These recommendations have been made to ensure the quality and safety of Nepal's mountaineering tourism," Upadhayay told the outlet. Santa Bir Lama, president of the Nepal Mountaineering Association, also agreed that the proposed requirement is “a good opportunity to improve the sector. If we want things to change, the suggestions have to be implemented.”

This would be the first non-financial restriction placed on Everest climbers. As of now, those wishing to climb only have to pay the $11,000 permit fee and the $4,000 deposit.