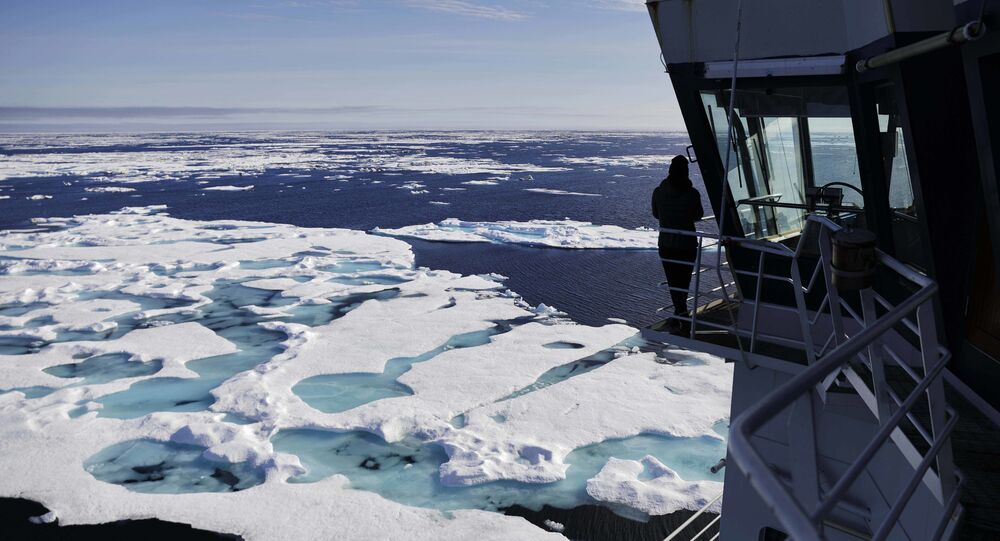 Following an unprecedented July heat wave in Alaska, sea ice in Alaskan waters has completely melted away, according to new satellite data from the National Weather Service (NWS).

"This is definitely an extreme year — even by more recent standards in a changed arctic," added Walt Meier, a senior research scientist at the National Snow and Ice Data Center (NSIDC).

According to reports, the closest ice to Alaska is currently about 150 miles northeast of Kaktovik, a city in the North Slope Borough of Alaska.

Although sea ice typically melts along the Alaskan coast during the summer months, sea surface temperatures in July were 5 degrees Celsius higher than the 1981-2010 average. While the sea ice melted completely two years ago, it never melted as early as this.

"It's cleared earlier than it has in any other year," Thoman told Mashable.

According to Zack Labe, a climate scientist at the University of California, Irvine, the expedited melting of sea ice in Alaskan waters is due to the long-term warming of the Arctic.

"Air temperatures are now rising at more than twice the rate of the global mean temperature — a phenomenon known as 'Arctic Amplification,’” Labe told Mashable in June.

Polar or Arctic amplification is a phenomenon that produces a larger change in temperature near the poles compared to the rest of the globe.

According to the NSIDC, atmospheric data reveals that Arctic warming and declining ice could spur further climate change across the planet.

“Wind patterns are expected to spread the warming over high-latitude land areas, warming the tundra and its underlying permafrost. There is growing recognition that this could thaw permafrost and release the carbon stored in these soils back to the atmosphere, further accelerating climate warming. Some numerical simulations indicate that loss of the sea ice cover may lead to changes in storm tracks and rainfall patterns over Europe or the American West,” the NSIDC explains.