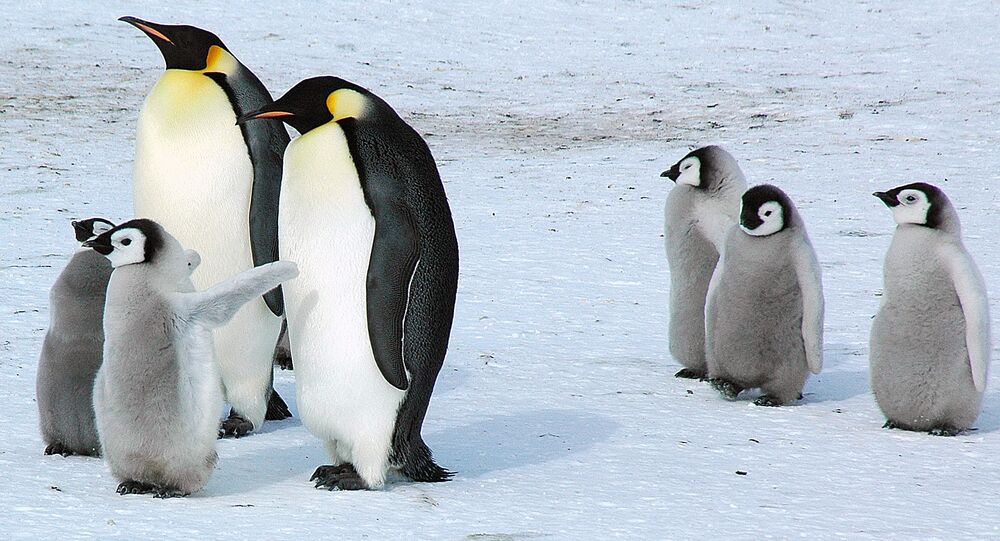 An important emperor penguin breeding area in the Antarctic has seen almost no hatchlings since 2016, according to a new study.

Almost no emperor penguin hatchlings have been recorded at the species' second-largest breeding ground in Antarctica for the past three years, according to the new study, and 2019 data have shown no change in the alarming trend.

Released on Wednesday, the new study revealed that since 2016 there have been almost no new births in the area and biologists are struggling to learn why, according to the Associated Press.

While other emperor penguin breeding sites near Halley Bay — traditionally the second-largest such site on the frozen continent — have shown stable and even rising growth rates, scientists are seeking answers to the collapse, even as annual temperature averages rise in the region.

Published Wednesday in the journal Antarctic Science, the new study revealed that almost no breeding pairs of the planet's largest penguin species have given birth in an area that has in the past regularly hosted between 15,000-24,000 of the parenting duos.

"It's unusual to have a complete breeding failure in such a big colony," Trathan added.

Easily-identifiable by their ovoid black-and-white shape alongside characteristic yellow ears and breast feathers, the emperor penguin is the largest penguin species on Earth and can weigh in at 88 pounds. The animals can live up to 20 years according to the most recent data. Adult breeding pairs incubate eggs — the male handling most of this duty — and raise hatchlings in some of the harshest winter conditions on the planet.

Antarctic scientists considered the Halley Bay penguin birth site to be a refuge against the effects of global warming due to human-induced climate change; a traditionally cold location "where in the future you expect to always have emperors," according to Trathan, cited by APNews.com.

© CC0
New Climate Models Predict Earth Will Get Much Hotter, a Lot Sooner

Although some have suggested that the penguins have simply moved, the likelihood of finding a spot like Halley Bay — uniquely appropriate to incubate and hatch — will be a challenge as temps rise around the Earth.