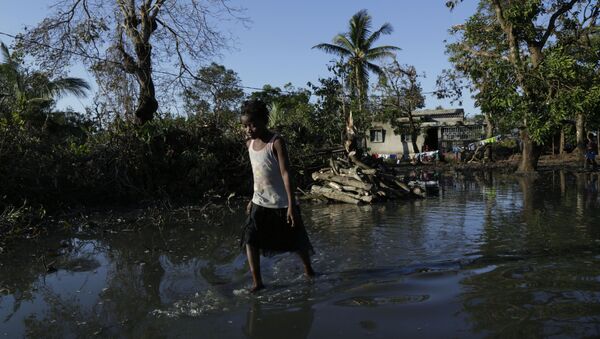 In what the world’s scientific community suggests is no surprise, new satellite data telemetry unequivocally supports the evidence of Earthbound weather-station thermometers in tracking the effects of global warming due to human-induced climate change on our planet.

‘Increase in Despair’: Midlife Adult Depression on the Rise in US - Study
New data from NASA's Aqua satellite — launched in 2002 — indicates that, if anything, temperatures are rising even faster than previously documented, according to an Ars Technica report.

Meteorological science teams around the globe — including the Japan Meteorological Agency, the National Oceanic and Atmospheric Administration (NOAA), the US National Aeronautics and Space Administration (NASA) and the UK Met Office — have long kept independent and exhaustive surface temperature datasets revealing only fractional differences in the rate of our planet's ongoing warming trend.

Fringe researchers with an eye toward climate conspiracies nonetheless continue to insist that the datasets of temperature measurements — including the disappearance of glaciers, rising sea levels and animal migration pattern shifts — are simply manipulated information intended to create the appearance of an environmental crisis, according to Ars Technica.

And the data that Aqua is providing suggests an even faster temperature rise that what is recorded by surface weather stations.

"We may actually have been underestimating how much warmer [the Arctic's] been getting," observed NASA Goddard Institute for Space Studies director Gavin Schmidt, cited by the Washington Post.

As some 15 years of data from Aqua is now available, new comparisons with long term surface temperature records are now feasible, according to reports.

New Climate Models Predict Earth Will Get Much Hotter, a Lot Sooner

Led by NASA senior scientist Joel Susskind, a meteorological team has been comparing the Aqua satellite data with thousands of datasets of Earth's surface temperature over the past two decades.

The new report "should help put to rest any lingering concerns that modern warming is somehow due to the location of sensors in urban heat islands or other measurement errors at the surface," noted University of California at Berkeley researcher Zeke Hausfather, cited by Washpost.com.