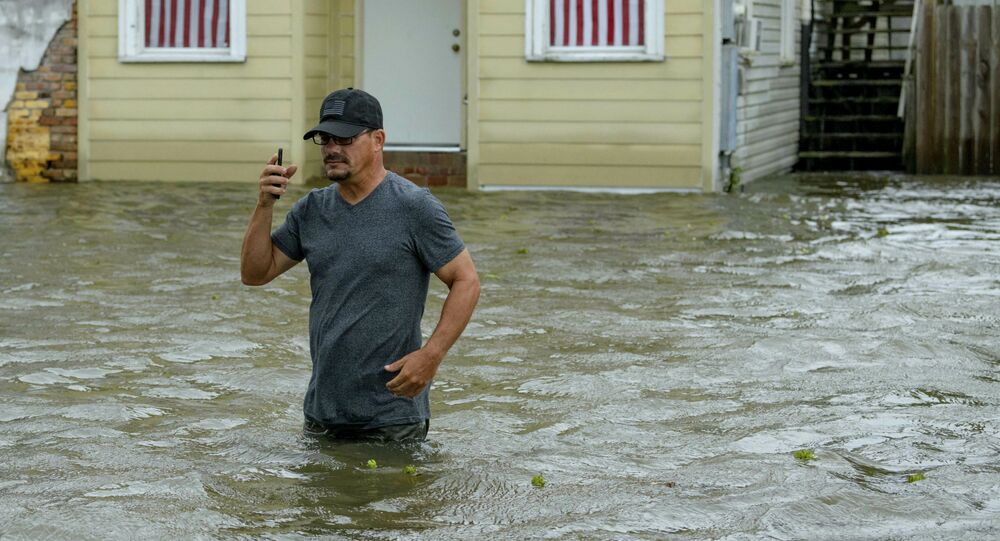 Category 1 Hurricane Barry hit Louisiana with 75 mph winds when it made landfall Saturday but quickly weakened into a tropical depression. However, parts of the state were still inundated with massive flooding, while power was knocked out for more than 150,000 people.

​First responders in St. Tammany Parish warned residents about coming into contact with snakes and other critters.

"If the area you live in has high water, watch out for snakes and other critters who are trying to escape the flood waters as well," a Facebook post from St. Tammany Fire Protection District #1 warned on July 13.

​In addition, 16 roads and 24 bridges were shut down over the weekend, according to the Louisiana Department of Transportation and Development. As of Monday, the Mississippi River had fallen to 16 feet after cresting at about 17 feet on Friday.

​On Sunday, Louisiana Governor John Bel Edwards said he was “extremely grateful” that the rain and flooding unleashed by Barry weren’t as disastrous as expected, also noting there were no weather-related fatalities.

​“This was a storm that obviously could have played out very, very differently,” Edwards said, according to multiple reports.“We’re thankful that the worst-case scenario did not happen.

However, as of Monday, flash flood watches and warnings are “in effect for portions of far southeast Texas through much of Louisiana, Mississippi and Arkansas, and including parts of the mid Mississippi Valley,” the National Hurricane Center announced. Barry is expected to pour between four and six inches of rain Monday onto central Louisiana and the southwestern part of Mississippi, while Arkansas, Missouri, Tennessee, Kentucky and the rest of Mississippi are expected to get hit with between two and four inches of rain, though some areas could see up to eight inches.

​"Dangerous flash flooding is likely across this area this morning," the National Hurricane Center warned Monday.

Hurricane, Tropical Storm Warnings Proclaimed in US State of Louisiana