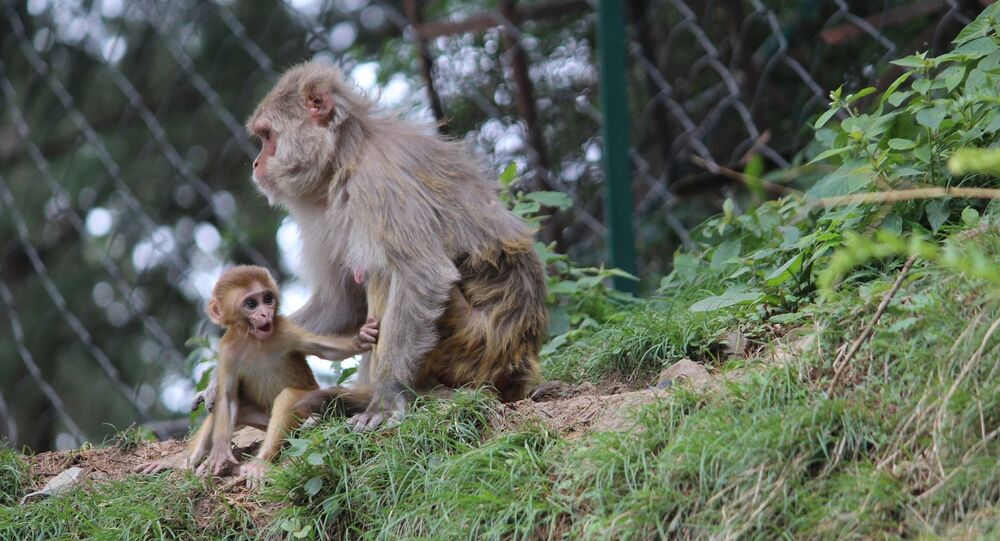 Seven lab-bound baby macaques, the youngest reportedly being only a day old, lost their lives last year after simply coming into contact with their mothers, according to US documents.

In a Sunday report, internal documents detailing correspondence between the University of California, Davis, and the US Office of Laboratory Animal Welfare, obtained by UK-based newspaper The Guardian, exposed the loss of at least seven infant monkeys in 2018 following the transfer of dye used to mark their mothers.

Apparently unbeknownst to researchers marking the moms, a chemical within the labeling dye proved poisonous upon transfer from an adult macaque to an infant.

As a result, the innate desire for maternal interaction was the infant monkeys’ ultimate undoing.

Reports from UC Davis say some of the young subjects had “severe edema and swelling of the larynx and tongue” and died during emergency treatment, while others were simply euthanized “upon arrival at the hospital.”

Though the age of the monkeys is somewhat out of the ordinary for reported research deaths, the sudden surge in the use of macaques and other primates within US research facilities has raised eyebrows.

The US Department of Agriculture’s “Annual Report Animal Usage” for fiscal year 2017 showed a record 75,825 “Nonhuman Primates” were designated for “regulated activities” in research facilities across the nation. The subjects were grouped in each graph by whether pain was inflicted during the data collection.

The possibility of more primates passing away has been steadily increasing as researchers argue for additional subjects with a closer genetic relation to humans. Even with the increase, however, procuring new monkeys is more expensive and difficult than obtaining rats, meaning data from the studies could be horribly skewed by limited sample sizes.

“People are just blindly running toward the monkey model without critically evaluating how valuable it really is,” Thomas Hartung, director of Johns Hopkins University’s Center for Alternatives to Animal Testing, told ScienceMag.org.

The uptick in the federal government’s use of primates for hazardous studies has drawn criticism and concrete opposition.

Though it may come as no surprise that environmental groups are against using animals in scientific research, a 2018 survey by the Pew Research Center revealed that 52% of Americans oppose the continuation of such research. A close 47% supported the studies.

Back in 2015 and prior to USDA’s record-breaking report, Harvard University’s New England Primate Research Center, citing “funding pressures” announced its nearly 50-year-old, multi-million dollar research center would no longer seek federal (or any) funding, and its some 200 staffers would have to find new projects.

"Driving the decision was the fact that the external funding environment for scientific research has become increasingly challenging over the past decade,” the school claimed.

Not to mention, the deaths of five monkeys at the center in 2015 triggered an investigation from the National Institutes of Health (NIH) – the same federal agency that had previously awarded the Harvard research center $27 million in funding.

YouTube/CatersClips
No Monkeying Around: Macaques Get Around Using Telephone Lines

The former subjects of Harvard’s primate research arm were ultimately transported to another center for continued testing.

Many who support the NIH ending studies with primate subjects point to a November 2015 memo from the government agency that immediately and effectively halted the use of chimpanzees for future research, saying that policy should be extended to other primates.