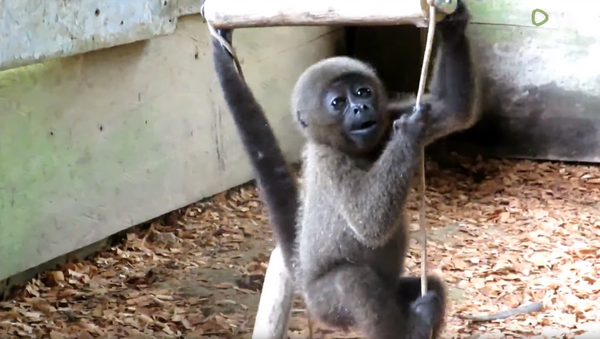 © YouTube/Rumble Viral
Subscribe
International
India
Africa
After months of stress, the monkey finally got up the courage to play!

Rescued from the same black market dealer that killed her mother, this baby woolly monkey was given a second chance at a rescue and rehab center (which wishes to remain nameless). However, the motherless monkey spent months recovering from her traumatic experience, according to the owner of the footage.

"For about a month and a half she would spend most of her time curled up somewhere, would scream if you even looked at her, and pee and poo if you tried approaching her."

Thankfully, the monkey slowly began to improve a few weeks after receiving a human foster mom and eventually began playing on her own!

Despite her lack of motor skills and past trauma, the monkey's behavior exhibited in the clip is a far cry from her initial reserved, combative and fearful nature.