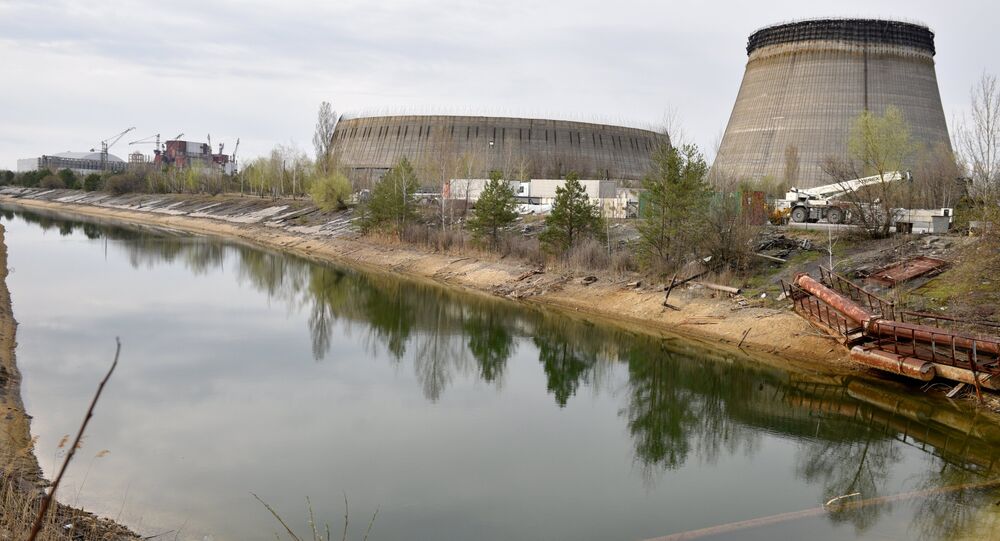 Chronic radiation exposure disrupts plant development patterns and plant genetic structure but does not affect their ability to reproduce. The conclusion was reached by a collaboration of scholars from the Russian Institute of Radiology and Agroecology and National Research Nuclear University MEPHI’s Obninsk Institute for Nuclear Power Engineering.

The researchers have been studying the biological effects of radiation in the Scots pine population growing in contaminated areas for the past 14 years.

'It is well-known that high levels of radioactive contamination can disrupt fundamental environmental processes, significantly affecting the life of plants and animals and altering the environment', said Stanislav Geraskin, Doctor of Biological Sciences and Professor at the Russian Institute of Radiology and Agroecology, in an interview with Sputnik. 'However, despite a great deal of research in contaminated areas, the long-term consequences of continuous plant and animal exposure to radiation continue to spark intense debate in the scientific community'.

After many years of observation, scientists have come to the conclusion that continuous low dose exposure to radiation can modify the temporal dynamics of cytogenetic abnormalities in the population, but not the reproductive indicators. Their findings have been published in the respected international journal Environmental Pollution.

READ MORE: 'New I-Motif DNA Can Possibly Turn Genes On and Off' — Professor

Most conifers are very radiosensitive, which is why high dose exposure to radiation can cause massive losses among them. This happened in the pine forests near the Chernobyl disaster and the area of the East-Ural Radioactive Trace that formed as a result of the Mayak Production Association accident.

© NASA .
Changed Man With 'Space Genes': Alterations in US Astronaut's Body Startled NASA
But even after grave radiation accidents, scientists are observing lethal effects only on small sections of nearby areas. In larger areas, the contamination levels have not caused lethal effects and have provided scientists with a unique opportunity to study the effects of chronic radiation exposure on wildlife.

Researchers from the two universities decided to investigate the effects that continuous low dose exposure to radiation has on natural populations. They chose the Scots pine as the main subject of their research, since this tree, a descendant of the ancient group of plants called the gymnosperms, is just as sensitive to ionizing radiation as humans, who are believed to be the pinnacle of evolution today.

For their research, scientists picked four sections in the most radioactively contaminated areas of the Bryansk Region located about 200 km from Chernobyl. Throughout the course of the research, the frequency of chromosomal aberrations in the offspring (seedlings) of trees growing in contaminated areas had been significantly exceeding reference levels.

At the same time, scientists observed a clear decrease in the frequencies of cytogenetic abnormalities over time, since the Chernobyl accident. This relates to a decrease in contamination levels caused by radioactive decay and nuclide redistribution among ecosystem components.

Further analysis revealed one curious effect: the frequencies of cytogenetic abnormalities in the reference populations change with time in a cyclic manner.

'This proves the hypotheses on the existence of periodic changes in biological parameters of natural populations due to natural causes, which act as a means of maintaining the dynamic balance in living systems', said Alla Udalova, one of the research authors. Udalova is a Doctor of Biology and a professor at the Institute of Nuclear Physics and Engineering at MEPHI's Obninsk Institute for Nuclear Power Engineering. 'The most recognized examples of these changes are the tides in the populations of predators and their prey (wolves and hares, for example)'.

© CC0
Chinese Researcher Claims First Genetically Modified Babies Have Been Born
In contrast to the reference populations, scientists have discovered disruptions in the cyclic patterns of the pine populations chronically exposed to radiation. This means that chronic radiation exposure can disrupt the self-development patterns that commonly occur in natural populations.

Researchers also discovered differences in the genetic structure and active gene range in the populations of pine growing in contaminated areas. Specifically, these changes concerned the activity of the genes responsible for the pines' antioxidant status and the control of mobile genetic element activity in chronically exposed populations.

The same pine populations were used to study reproductive indicators — one of the most important indicators of the population's health and well-being, which also happens to be the most sensitive to damage (as with people and other organisms).

Despite the presence of the dramatic and intriguing changes discovered at the molecular and cellular levels, no correlation between the reproductive indicators and radiation exposure levels at the organism or population levels was found. At the same time, researchers discovered the effect weather conditions have on the quality of pine seedlings, thus indicating that weather factors have a greater effect on plant life than radioactive contamination of their habitat.

Every species on Earth, including humans, is subject to the continuously increasing human impact on the environment. These new findings help us better understand the long-term consequences of this impact on humanity and nature.