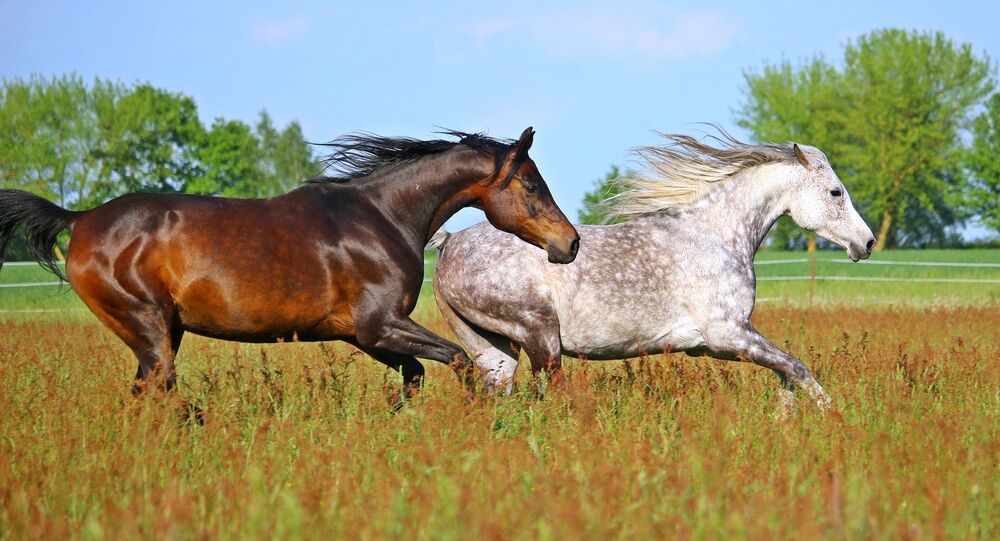 By 2019, genetically engineered horses that are faster, stronger and better jumpers than regular horses are likely to compete in tournaments.

A recent report reveals that scientists in Argentina were able to successfully rewrite the genomes of cloned horses by using Crispr, a simple yet powerful tool that allows researchers to alter DNA sequences and modify gene function.

The focus was on altering the myostatin gene sequence, which plays a crucial role in muscle development, speed and stamina.

Crispr, an acronym that stands for Clustered, Regularly Interspaced, Short Palindromic Repeats, refers to the organization of repeated DNA sequences found in the genomes of bacteria and other microorganisms used to protect themselves from viruses. If a bacterial cell is invaded by a virus, the Crispr immune system of the bacterial cell can destroy the genome of the virus, which includes genetic material required for the virus to successfully replicate and infect.

In other words, Crispr is a family of DNA sequences in bacteria. The sequences carry snippets of DNA strands of genetic code belonging to viruses that have attacked the bacterial cell. The snippets can be used by bacteria to detect and destroy DNA from similar viruses during future attacks.

Scientists have creatively used this mechanism as a "molecular scissors" that can snip away at certain sections of DNA code and replace it with different code. Scientists also plan to experiment with gene editing to cure defective sequencing caused by genetic pathologies.

Although researchers have already rewritten the genomes of cloned horses, they don't plan to implant the healthy horse embryos into a surrogate mother for another two years, the International Business Times reported.

According to Daniel Sammartino, the founder of Kheiron Biotech, an Argentina-based cloning company, "This technology brings additional progress in horse breeding. It could be possible to achieve better horses in less time."

"Our next big challenge is not only to export our technology but fundamentally develop these scientific advances in other animals for multiple purposes," he added.

The first horse was cloned in 2003 by US cloning company ViaGen. Last year, Argentine polo player Adolfo Cambiaso helped his team win a prestigious tournament by riding six horses, all cloned from the same mare.

"The performance of a cloned horse is unlikely to match that of the original horse for a number of reasons, including the maternal uterine environment, nutrition, training and the understanding that clones are not exactly the same as the original horse," FEI spokeswoman Shannon Gibbons said.

"Additionally, as progeny of cloned horses will be produced by conventional reproductive methods, such as natural covering or artificial insemination, maintaining fair play is protected. The FEI will therefore not forbid participation of clones or their progenies in FEI competitions. However, we will continue to monitor further scientific research," she added.

A Crisper Way of Gene Editing