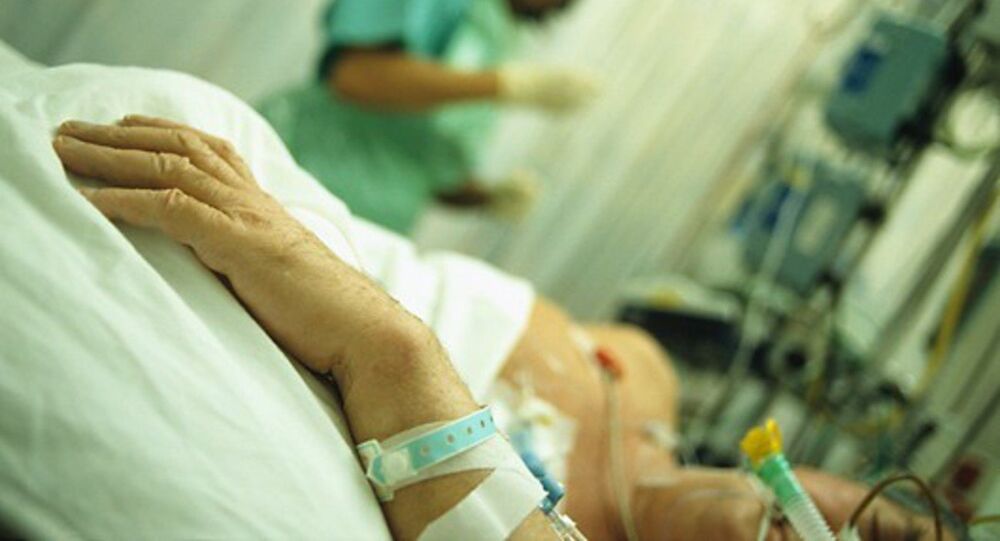 What if diseases could be cured at a genetic level and people didn’t have to live with them for the rest of their lives. Such a miracle may actually become possible, as the first clinical trial of human gene editing therapy has been held in California on a patient named Brian Madeux.

The 44-year-old Madeux had received the first human gene editing therapy when he intravenously received billions of copies of a corrective gene to fight an incurable disease. The therapy aims to permanently change a patient’s DNA to combat diseases.

“We cut your DNA, open it up, insert a gene, stitch it back up. Invisible mending,” said Dr Sandy Macrae, president of Sangamo Therapeutics, a California-based company testing the therapy for two metabolic diseases and haemophilia. “It becomes part of your DNA and is there for the rest of your life,” The Guardian reported Macrae as saying.

© Flickr / ZEISS Microscopy
Medical Breakthrough: New Skin Cancer Therapy Tested in Australia
In the case of Brian Madeux, who has a rare disease called Hunter syndrome, his body lacks a gene needed to produce an enzyme that breaks down one type of carbohydrate. As a result, the carbohydrates build up in his body’s cells resulting in many health issues such as hernias, bunions, as well as ear, eye and gall bladder problems.

In order to fight these issues he needs to receive regular doses of the missing enzyme, which may cost between $100,000 and $400,000 per year. However, even after that the enzyme won’t undo harm already done and it won’t stop deterioration that happens in the brain.

But now, after becoming the first patient to receive the experimental gene therapy as part of a clinical trial, Madeux may have some hope for recovery.

Earlier this week, Sangamo Therapeutics injected Madeux with viruses containing a mix of gene-editing materials, according to the AP.

The scientists hope that these viruses will enter Madeux’s cells, specifically his liver cells, and place the missing gene at the right spot in his DNA. Only about 1 percent of the liver’s cells need to be fixed, to give it the ability to produce the enzyme that Madeux has been lacking.

If his treatment is successful, it would be the first time a gene therapy has worked from inside the human body.

Whether the gene editing therapy is working may only be known in a month when the signs are studied and further tests confirm it in three months.

“It’s kind of humbling to be the first to test this,” Madeux said. “I’m willing to take that risk. Hopefully it will help me and other people,” the publication reported.

However, what makes gene-editing different from any other treatment is that it’s not reversible. Once the gene becomes part of a person’s DNA, it will be with them forever.