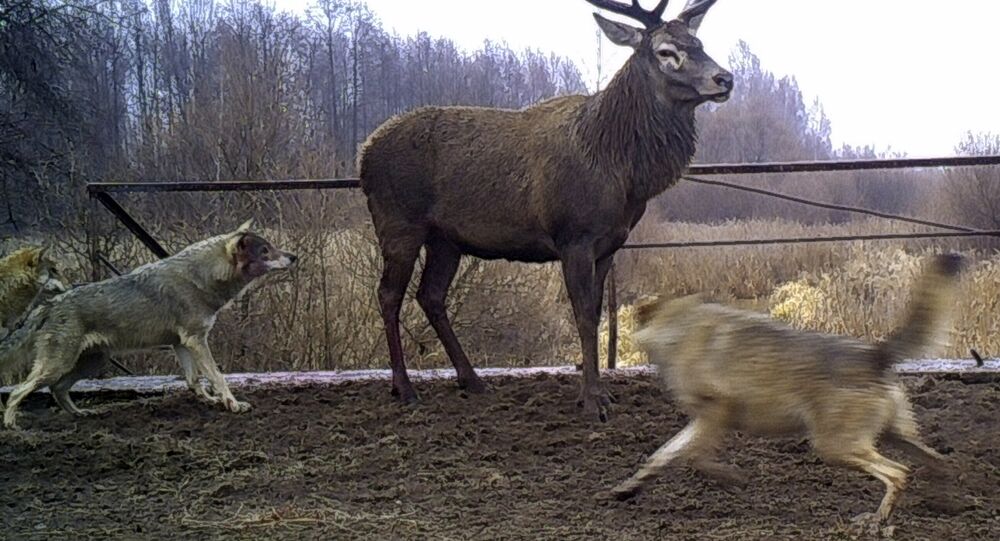 Wild beasts living near the site of the worst nuclear disaster in the history of mankind may reportedly spread from the area and even possibly bring mutations beyond the boundaries of the exclusion zone.

A new scientific study reveals that some of the gray wolves living in the vicinity of the Chernobyl nuclear power plant tend to travel many miles away from their original habitat, Live Science reports.

Michael Byrne, a wildlife ecologist at the University of Missouri and the study’s lead author, explained that the scientists had tracked the movements of several gray wolves in the Belarusian region of the exclusion zone using GPS collars, and discovered that while the adults remained within the zone, one juvenile ventured up to 186 miles beyond its borders.

© AP Photo / Ukrainian Emergency Situations Ministry Press Service handout photo via AP
Terrifying Wildfire Rages in Chernobyl's Exclusion Zone (PHOTOS, VIDEOS)
According to Dr. Byrne, some studies have suggested that the Chernobyl exclusion zone has become "a de facto nature reserve," with the population density of gray wolves, in particular, "estimated at up to seven times greater than in surrounding reserves."

He also remarked that while the possibility of Chernobyl animals carrying some kind of mutations "as they go out into the landscape" is "an interesting area of future research," his team currently has "no evidence to support that this is happening," adding that it’s not something that he would worry about.