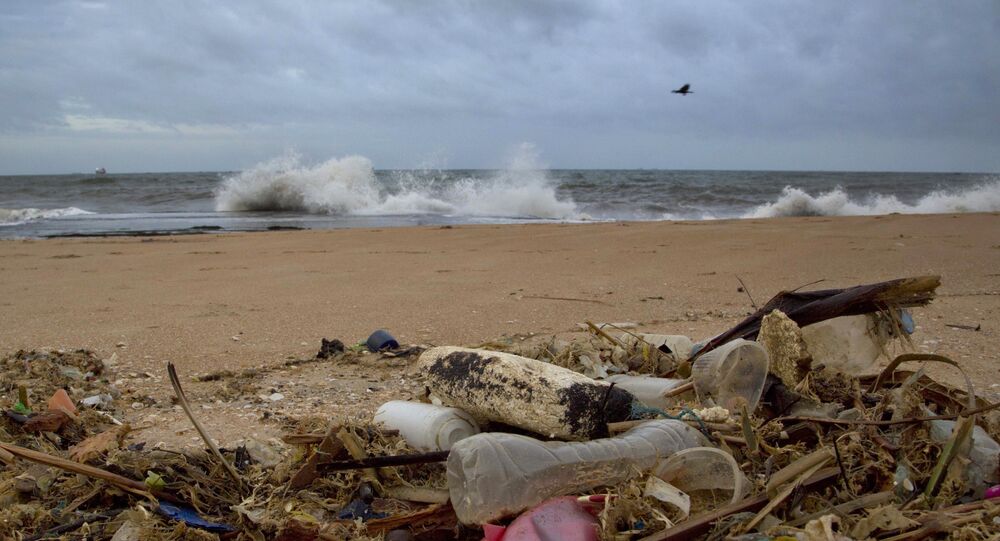 French environmentalist and acclaimed swimmer Ben Lecomte is getting ready to kick off what would be his greatest journey yet: a 180-day swim from Japan to California to raise awareness of the gigantic pile of garbage floating between them.

To do so, the 50-year-old will paddle his way through the Great Pacific Garbage Patch, a massive expanse where plastic and other wastes accumulate in the northern part of the Pacific Ocean. He's doing it in an effort to raise awareness about pollution and plastic waste. "I've been swimming for a long time and the change just in the last 30 years is troubling, that you can see so much degradation," he said.

Lecomte first fell into the spotlight for his long distance feats in 1998, when he traversed the Atlantic Ocean over the course of two months.

​During this trek, Lecomte will swim about for about eight hours a day and cover about 31 miles (50 km) before boarding a 67-foot yacht called Discoverer, which will trail him throughout the journey and mark the GPS location of where he's getting on to let him off again after he's rested.

Discoverer will do a lot more than just that, though. Researchers aboard will also take samples to assess the spread of radioactive material released after a tsunami caused the Fukushima Daiichi nuclear plant in Ōkuma, Japan, to leak tons of waste in 2011.

Researchers will also collect data on Lecomte's physical and psychological condition in collaboration with 27 institutions, including the US' National Aeronautics and Space Administration (NASA).

The long-range swimmer says that his mental health will be the greatest challenge, but he'll try to keep his family in mind during the trek. "It's mind over matter — I'm not trying to be fast, but I'm trying to be consistent in doing days after days," he said. "Mind is the big point there."

Lecomte's other fear? Sharks. Apparently, during his long haul in 1998, he was pursued by one for nearly a week. "I had a shark following me for five days when I crossed the Atlantic, so I know my heart is going to race during those moments. But that's their world, so I hope they'll be kind enough to let me share that world for a while," he said.

What he's really hoping for is to dispell of some of the myths about the Great Pacific Garbage Patch, namely the "false illusion that there could be an easy fix by simply cleaning up the 'island'… when in reality the truth is much worse — the ocean is now filled with microplastics," he said. "Rather than calling it an island of trash, it is more like 'plastic smog' throughout the ocean."