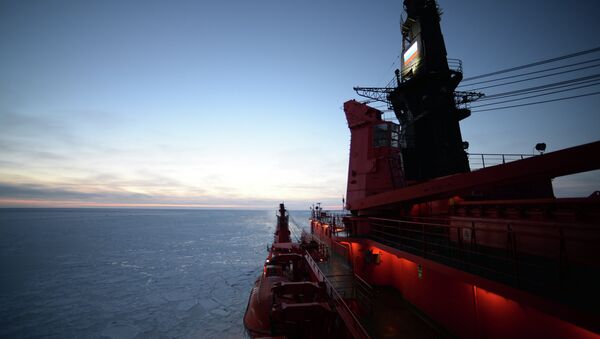 Plastic waste in the ocean is now so extensive that blocks of polystyrene have been found on remote frozen ice floes in the Arctic, 1,000 miles from the North Pole, according to British scientists from Exeter University, who were part of Pen Hadow’s Arctic Mission to sail to the North Pole.

"For the 25 years I have been exploring the Arctic I have never seen such large and very visible items of rubbish," said Hadow, who trekked solo from Nome, Alaska to the North Pole without resupply. "The blocks of polystyrene were just sitting on top of the ice."

This is especially dangerous for the Arctic's wildlife, because as plastic pieces disintegrate into microplastics they are accidentally consumed by filter-feeding animals and then passed up the food chain.

"Finding pieces of rubbish like this is a worrying sign that melting ice may be allowing high levels of pollution to drift into these areas," marine biologist Tim Gordon of Exeter University told the Guardian.

"The Arctic Ocean's wildlife used to be protected by a layer of sea ice all year round. Now that [it] is melting away, this environment will be exposed to commercial fishing, shipping and industry for the first time in history," Gordon added.

"We need to seriously consider how best to protect the Arctic's animals from these new threats. By doing so, we will give them a fighting chance of adapting and responding to their rapidly-changing habitat."

The British expedition was able to travel further into the central Arctic Ocean than any other yacht in history because the ice cover has been considerably reduced by global warming. They also used nets with tiny holes to collect microplastic samples in the water, which they plan on analyzing to determine the extent of Arctic pollution.

According to current estimates published in the journal PLOS, there are over 5 trillion plastic pieces in the world's oceans, enough to create a permanent plastic layer in the fossil record.

Dr. Ceri Lewis, a scientific adviser to the expedition at the University of Exeter, explained that "many rivers lead into the Arctic Ocean that are often a source of plastic pollution, but plastic pollution has been literally trapped into the ice."

The team is also exploring the effects of manmade noise pollution on Arctic marine life and mammals. They used underwater loudspeakers and microphones to investigate how sound travels through the sea.

An Exeter University expert in bioacoustics and noise pollution, Steve Simpson, said, "These recordings will allow us to understand how human activities are changing the soundscape of the summer Arctic, and assess the success of future noise management in this unique acoustic world."