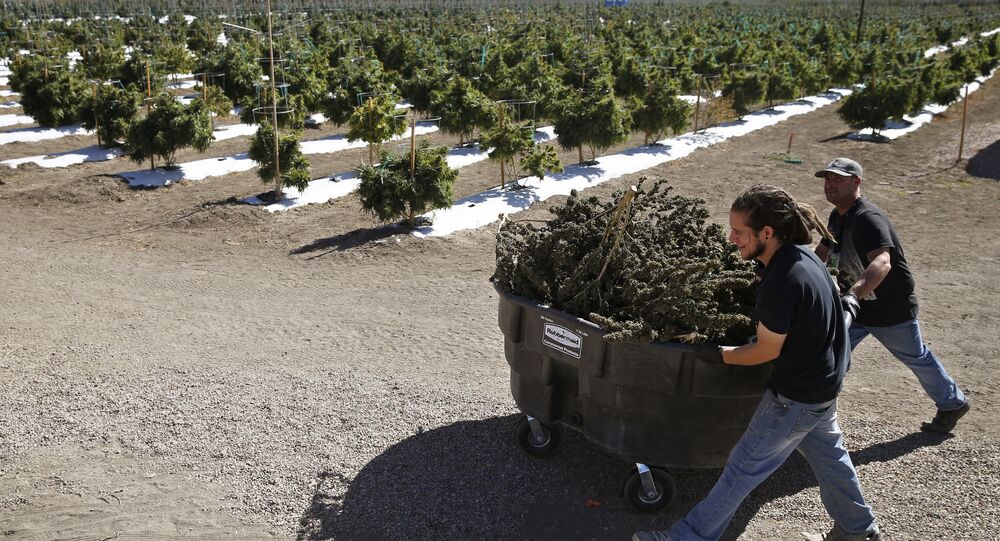 Among the eight US states that have legalized marijuana for recreational use alongside the plant’s more medicinal properties, Colorado has publicly refuted a new Capitol Hill dictum threatening the return of the bad old days of the War on Drugs.

© AP Photo / Dan Balilty
This is How Colorado is Spending its Marijuana Tax Revenue
In response to a Thursday announcement by US Attorney General Jeff Sessions suggesting a retightening of Obama-era federal relaxations on marijuana laws, Colorado's top federal prosecutor stated that his office will not change its relaxed approach to the enforcement of what constitutes a marijuana crime at the federal level.

Burgeoning and highly-profitable marijuana markets have emerged in those states that have legalized the use of the plant for medicinal and recreational uses, and Sessions's announcement recommending the reinstatement of former heavy-handed federal drug policies was seen by many, including US Senator Cory Gardner (R-CO), as a step backward.

Gardner detailed that Sessions had personally assured him that the Obama-era policy on lenient enforcement of marijuana laws would not be repealed prior to the latter's being confirmed as the nation's top law officer, according to the state's KDVR online television station.

"Jeff Sessions said he didn't think [upending marijuana reform] was on Trump's agenda […], he didn't think President Trump had the bandwidth to do this," said Gardner, cited by KDVR.

Gardner also observed that during his 2016 presidential campaign, current US President Donald Trump was documented stating that he believed that marijuana laws should be left up to the states.

The Colorado-based legislator noted that he intended to quickly create a bipartisan coalition between Alaska, California, Maine, Massachusetts, Nevada, Oregon and Washington — states that have legalized the plant for recreational purposes — to seek a congressional mandate to protect and expand marijuana law reform.

The declaration by the US attorney general's office has resulted in significant pushback, particularly in those states where marijuana has already been legalized.

Calling Session's announcement a "foolish step," Colorado's former ‘marijuana czar,' Andrew Freedman, observed that the US Department of Justice cannot force states to make the recreational use of marijuana illegal.

Freedman pointed out that states must instead use enforcement as a means to ensure business is conducted according to the laws.

"We should all make sure it's done as safely and efficiently as possible," he stated. "It's more of a reason to double down on efforts, not to retreat."