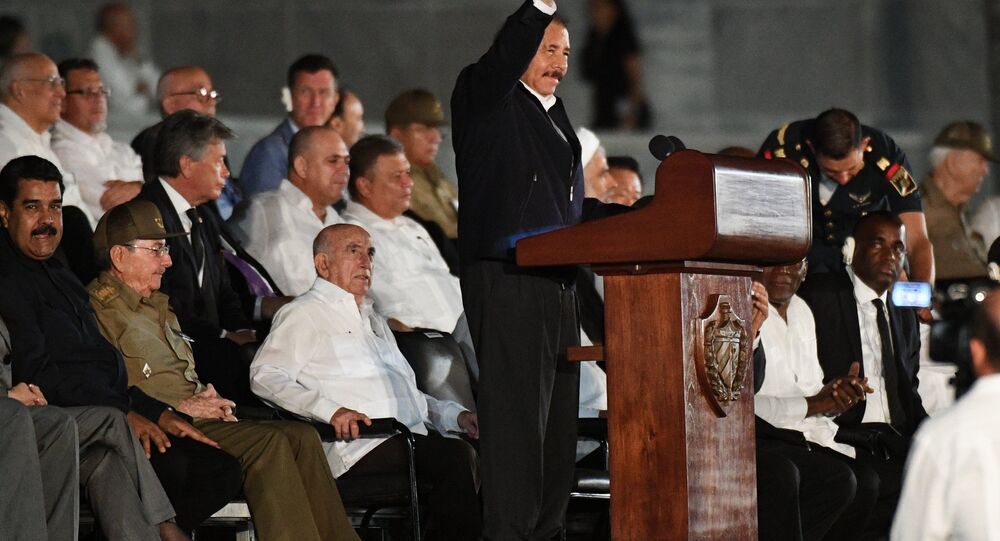 The president of Nicaragua has announced that his nation will become a signatory to the Paris Climate Accord, meaning that there are now only two UN member states that will not be party to the accords: war-torn Syria and the United States of America.

Nicaraguan President Daniel Ortega said the reasoning behind his decision was that he wanted his country to stand in solidarity with vulnerable nations in the developing world that stood to lose the most to climate change. "We have to be in solidarity with this large number of countries that are the first victims, who are already the victims, and are the ones who will continue to suffer the impact of these disasters," Ortega told Nicaraguan newspaper El Nuevo Diario.

"We will soon adhere, we will sign the Paris Agreement," he said. "We have already had meetings addressing the issue and we have already programmed the accession."

Nicaragua had initially balked from the deal because they believed that the Paris Accords were not extensive enough, with emissions restrictions on populous and industrialized countries being insufficient. The world's top five producers of carbon (China, the US, India, Russia and Japan) make up almost 60 percent of the world's carbon emissions despite accounting for 44 percent of the world's population.

Nicaragua, which ranked as the fourth most vulnerable country in the world on the 2017 Global Climate Risk Index, has taken enormous strides to become environmentally friendly since 2007. More than half the country's energy comes from renewable sources, and they hope to increase that number to 90 percent.

Every UN member save for Nicaragua, Syria and Uzbekistan signed the agreement in 2016. Uzbekistan then signed in April, and now with Nicaragua as a signatory, that makes every UN member state in the world party to the deal, save Syria. For now.

Although US President Donald Trump has announced his intentions for the US to exit the agreement, the US will not be able to leave the Accord until November 4, 2020 — exactly one day after the 2020 presidential election.

Trump cited the "draconian financial and economic burdens the agreement imposes on our country" as his reason for withdrawal. The withdrawal was much-maligned bith domestically and abroad, with 46 percent of Americans opposed to the withdrawal compared to 29 percent in support according to a poll from the Associated Press.

Rumors surfaced that US officials had told other environment ministers at a conference in Montreal that they would consider rejoining the agreement, but the White House firmly denied that this was the case. "There has been no change in the United States' position on the Paris agreement," the White House said in a statement. "As the president has made abundantly clear, the United States is withdrawing unless we can re-enter on terms that are more favorable to our country."