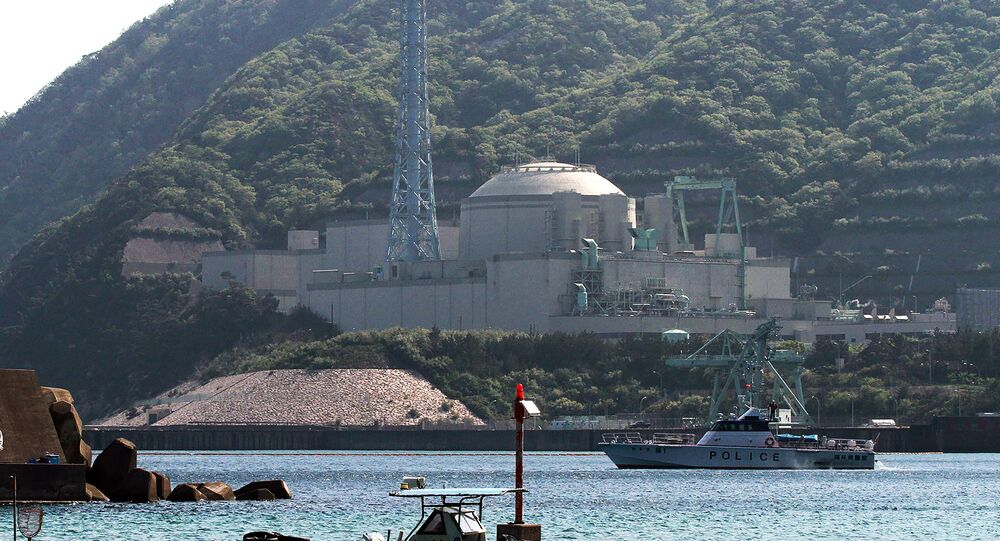 Newly-released documents have detailed the quashing of an $8-million study that was intended to examine possible cancer risks for those living near nuclear reactors. Federal regulators cited the study’s high costs, and skepticism over such a link, as reasons for canceling the study.

The Nuclear Regulatory Commission (NRC), which oversees America's nuclear power plants, cut the study from their budget under the advisement of three of their four commissioners. The study was to be done by the National Academies of Sciences (NAS).

Over a thousand documents relating to the study, which was formally canceled in August 2015, were released to the Southern California News Group under the Freedom of Information Act. The NRC did not release the documents previously because they were worried that it would cause a "PR fiasco."

"Most people realize that all the evidence shows you're not going to find anything," said Brian Sheron, retired director of the NRC's Office of Nuclear Regulatory Research.

"There are so many variables. The point was, even if you found something that looked like a relationship, you wouldn't know what to attribute it to. Did the person live their whole life near the nuclear plant? Or did they live somewhere downwind of an asbestos factory for 20 years? In order to get all the facts, it was going to be prohibitively expensive."

Sheron supported the study, however, as he believed it would help alleviate public concern over the dangers of nuclear power plants.

Several European agencies have identified a correlation between childhood incidences of cancer and proximity to nuclear power plants. A 2012 study by the French Institute of Health and Medical Research found that leukemia was twice as likely for children living within 3 miles of a nuclear power plant. The studies did not conclude that the nuclear plants caused the leukemia, but they raised it as a possibility. Some NRC officials criticized the methodology of the European reports.

The United States had its own far-reaching study into the subject in 1990. That study's methodology has also been criticized. "Cancer in Populations Living Near Nuclear Facilities," conducted by the US National Institutes of Health-National Cancer Institute, examined 900,000 cancer deaths over a 34-year period and concluded there was no link between nuclear power plants and cancer.

However, the study only examined those who died from cancer. About 17 percent of Americans who develop cancer die from it. The report also tracked the locations of where the victims died, rather than where they lived before they got cancer, and controlled by county, rather than by town.

The new report was meant to sidestep these deficiencies, and also use newer technologies to study radiological releases from plants near nuclear reactors. It was estimated to take 39 months to complete, and have an $8-million budget. The study would have been far more comprehensive and rigorous than similar ones conducted in Europe.

When it became clear that NRC leadership would not support the study's expense, Sheron and others proposed a smaller-scale study. That did not happen, either. "[NRC Deputy Executive Director of Research Michael Weber]  emphasized he was always a 'fan' but he can't help but see that these 'nice to have but don't need to have' projects cannot be justified in the current environment," wrote Stephanie Coffin, deputy director of the NRC's Division of Advanced Reactors and Rulemaking.

Sheron said another major factor that the study was killed detailed that the NAS could not promise a "definitive answer" to the question of a possible link. The NRC was unwilling to spend millions on what it suspected would turn out to be a 'maybe.'

Spokesman Scott Burnell wrote that the NRC constantly samples air, water, and vegetation around nuclear plants. "Only very tiny amounts of radioactive material are released during normal operation… that evidence supports the conclusion that the average US citizen's annual radiation dose from natural sources, such as radon and cosmic rays, is about a hundred times greater than the largest potential dose from a normally operating reactor."

"That is what [the NRC] said: 'We don't need to do the study because we already know the answer,'" said Roger Johnson of San Clemente, a retired neuroscientist and activist. "How could they possibly know the answer?"

"What [the NRC should not] do is bury [its] head in the sand and say that we are not going to investigate something unless we already know everything. Science moves in steps, and it is time to take a big step forward from the awful study."

A reported $1.5 million had already been spent on preliminary work, and no data or analysis was performed. For the foreseeable future, the official policy of the United States on the link between nuclear power plants and cancer risks will remain the same as it has been since the dawn of the technology: there is no such link.